1. Cam’s alarm clock: Quarterback Cam Newton‘s work to create connections with teammates and his early arrival to the facility each day to attack workouts are two things that have stood out behind the scenes to members of the Patriots organization.

Word is that if you want to beat Newton to Gillette Stadium, you have to arrive well before the sun rises. Such a motivated approach, coupled with the well-advertised energy he brings to the field, have created a spark inside team headquarters and positioned him as a leader.

“He has the juice every day,” Patriots’ third-year cornerback J.C. Jackson said. “That’s what we need.”

“Every day he comes in with a lot of juice and gets guys going,” third-year tight end Ryan Izzo added.

As for where Newton stands with learning the system, quarterbacks coach Jedd Fisch said the “leaps he’s been taking each day have been really impressive” considering the “huge foundational gap” working against Newton in a new offense.

Fisch, too, has taken note of how Newton has helped set a tone.

“Cam has a great energy about him and is one of those personalities that is infectious,” Fisch said. “He’s come in every day with an excitement to work.”

Now is the time for Newton to make his decisive move for the starting job. One point coach Bill Belichick made is that last week was set up as a review for players, so coaches feel like everyone has been given a fair chance as they begin a string of five straight practices Sunday.

The competition now rises, and the expectation among many who have watched him closely over the last few weeks is that Newton will, too.

2. Harris’ RB job to lose: When Sony Michel had foot surgery in May, putting his availability for the start of training camp in question, it opened the door for 2019 third-round pick Damien Harris (Alabama) to stake an early claim to the Patriots’ top running back spot. He has done just that. Harris’ fresh legs and soft hands in the passing game (e.g., a one-handed catch Tuesday) have him in good position to be a primary option alongside Rex Burkhead. Starting left guard Joe Thuney used the word “explosive” to describe Harris’ running style, as he is tough to bring down.

3. Camp ups and downs: Through the first five days of practices, here are players whose standing on the roster has changed based on my initial perception:

4. Rohrwasser in sleeves: Perhaps the most notable observation about rookie kicker Justin Rohrwasser is he is wearing long sleeves under his jersey. Other than a 3-for-5 effort in full-team, end-of-practice field goal work Monday, Rohrwasser hasn’t done any kicking in front of the assembled media. As for the long sleeves, it seems to be his way of deflecting attention away from how far along he is in the process of having a controversial tattoo removed.

5. Extension for the corner: Jackson has emerged as a key cog after joining the team as an undrafted free agent in 2018, and his agent, Drew Rosenhaus, told Barstool Sports’ “Pardon My Take” podcast that he has “touched base” with the team about a possible contract extension.

The revelation came when Rosenhaus was asked, in general terms, how he knows when to start a negotiation for a client. Rosenhaus noted undrafted free agents are eligible for a new deal after their second year, and mentioned Jackson and Shaq Barrett as two clients who have fallen into that category. The Patriots have more than $30 million in salary-cap space, and it might be wise to consider using some of that cushion to extend Jackson, who will be a restricted free agent after the 2020 season.

6. Harry’s absence: Perhaps the most disappointing development for the Patriots through the first week of camp is that 2019 first-round pick N’Keal Harry lasted two days before being sidelined. This coming after the wide receiver’s development as a rookie was significantly stunted by a training camp injury that landed him on injured reserve (he returned later in the season). Harry played 37 games in three seasons at Arizona State and looked like a man among boys at times in college, but his first two training camps in the NFL have been defined more by his absence than presence.

7a. Faulk’s lessons live on: Patriots Hall of Fame running back Kevin Faulk retired in 2011, but his influence is still felt at One Patriots Place. Safety Devin McCourty said what Faulk told him as a rookie in 2010 is something he has leaned on this season, when the coronavirus pandemic has changed the way things are usually done. McCourty has passed on similar wisdom to his current teammates. “I still remember coming in as a rookie; Kevin Faulk told me being a professional athlete is about routine. And once you get in your routine, you just go do it,” McCourty said. “I feel like for the most part, guys have adjusted and created new routines and they don’t even think about it now.”

7b. Sneak peek at camp: In a year when fans aren’t allowed at training camp (it’s commonplace for the Patriots to pack 15,000-20,000 around their practice fields on the opening week), kudos to owner Robert Kraft, Belichick and the organization for providing a sneak peek as part of a TV special Saturday night. Having Belichick, Josh McDaniels, Steve Belichick and Jerod Mayo mic’d up took viewers right on to the field. 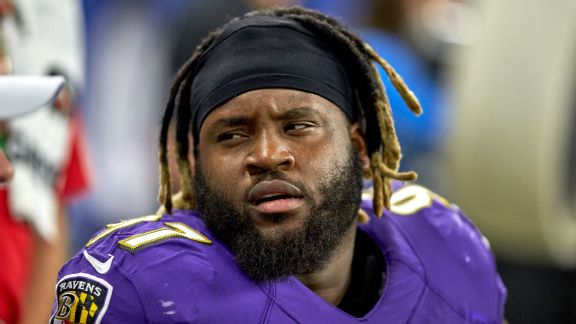 8. Why Uche is 71, not 51: In each of the past three years, Belichick has given rookies temporary jersey numbers in camp, with the top draft pick No. 50 and every subsequent selection/undrafted free agent following in line — 51, 52, 53 etc. But he had to mix things up a bit this year with second-round pick Josh Uche, who is wearing 71 in practice, not 51. Why the change? Having two 51s at the heart of the defense — with third-year linebacker Ja’Whaun Bentley (51) taking the reins as the top signal-caller — potentially would have created more confusion for a young linebackers group trying to find its way. Uche, for what’s it worth, has made an impression on inside linebackers coach Jerod Mayo, who said his “attitude and overall presence is impressive.”

9. Lombardi on Lombardi: Patriots first-year wide receivers coach Mick Lombardi, who is the son of longtime NFL front-office man Michael Lombardi, quoted legendary coach Vince Lombardi (no relation) when recently asked about being promoted to the new role. “Vince Lombardi used to say, ‘The great reward for doing is the opportunity to do more.’ That’s how I was raised,” he said. A neat line, and connection to the NFL’s great past.

10. Did you know? When Newton takes a regular-season snap for the Patriots, he will become the fourth quarterback drafted with the No. 1 overall pick that Belichick has coached in his career. The others are Bernie Kosar (1985 supplemental draft), Vinny Testaverde (1987) and Drew Bledsoe (1993). Newton, of course, went No. 1 in 2011.