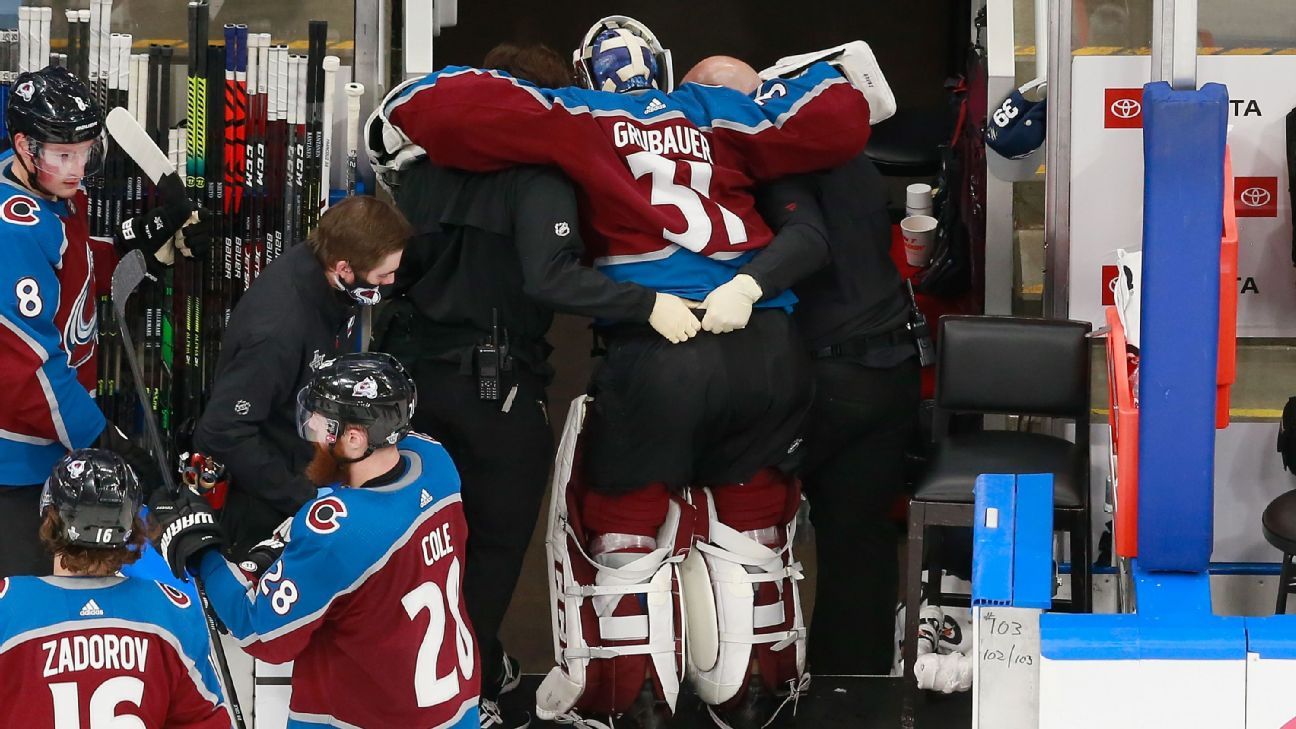 Colorado Avalanche goaltender Philipp Grubauer has been ruled out for Game 2 of their conference semifinal series against the Dallas Stars after leaving their Game 1 loss with an injury.

Coach Jared Bednar said he doesn’t “know for how long” his starting goaltender will be out of the lineup. Grubauer tweaked something while trying to make a save at 3:06 of the second period and had to be helped off the ice. He had given up three goals on 10 shots.

Pavel Francouz stopped 18 of 20 shots after entering the game, but Colorado lost 5-3 to give Dallas a 1-0 series lead. Grubauer was 5-0-1 with a 1.49 goals against average and .937 save percentage in the Edmonton bubble. Francouz went 21-7-4 in the regular season, much of it when Grubauer was injured.

“We feel comfortable with either of them. Obviously, what happened to Grubby is unfortunate. That breaks our hearts if he has to miss a couple of games,” said defenseman Ian Cole. “But we’ll ride with Frankie. He’s a fantastic goaltender. He’s proven himself. He’s come in and played great for us. We’re going to trust Frankie to do his thing.”

Forward Matt Calvert and defenseman Erik Johnson are both questionable for Game 2 on Monday night, although Bednar said he’s not expecting Johnson to be able to play. Johnson left Game 1 with a lower body injury. He returned to the bench in the third period, but didn’t take a shift.