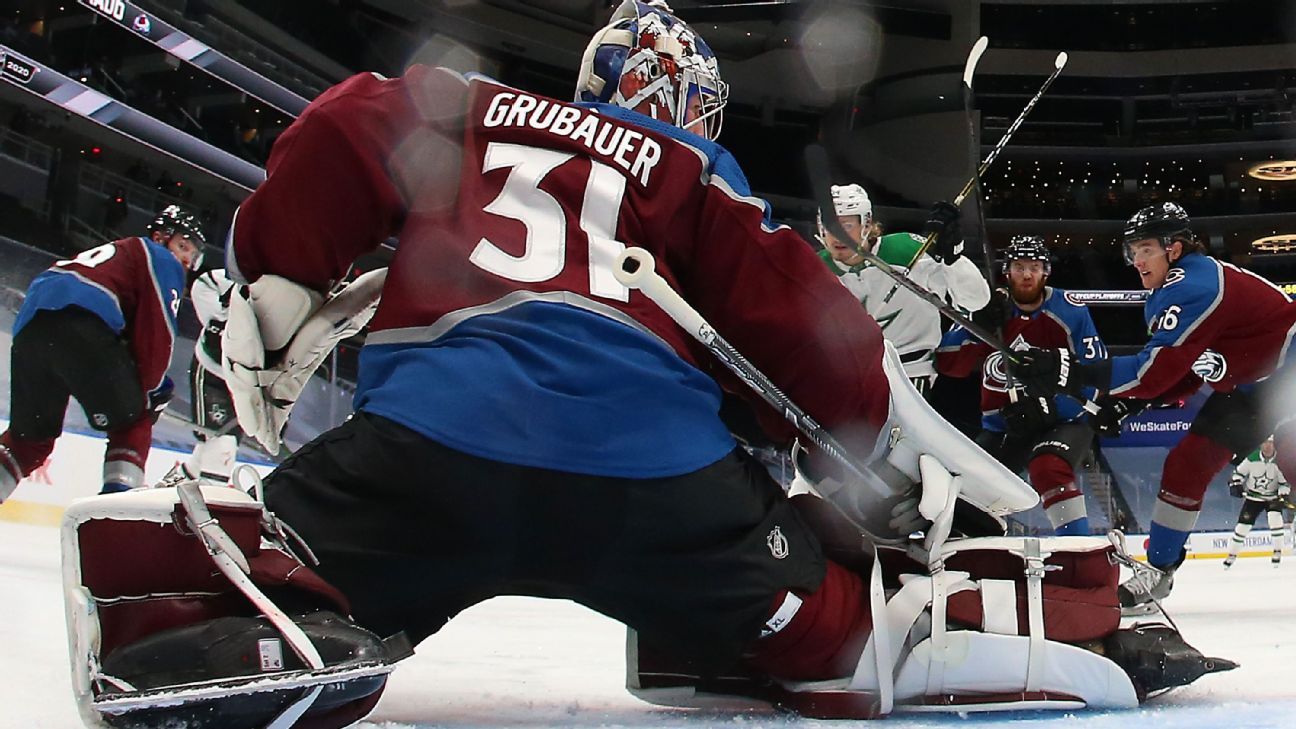 The Colorado Avalanche could be without two important players for the rest of their second-round series against the Dallas Stars.

Coach Jared Bednar on Monday said goaltender Philipp Grubauer and defenseman Erik Johnson are out indefinitely with injuries. Grubauer appeared to pull something three minutes into the second period of Game 1 Saturday night and needed assistance to get off the ice, while Johnson left later after a collision with Dallas forward Blake Comeau.

“We’ve got to move on and go without them for the foreseeable future,” Bednar said.

Grubauer had emerged as the Avalanche’s top option in net with a 1.87 goals-against average and .922 save percentage since the NHL resumed. That job now belongs to 30-year-old Pavel Francouz, who is in his first season in North America after playing professionally in Europe and starring at the 2018 Olympics.

“I know Colorado has full confidence in Francouz,” Dallas coach Rick Bowness said. “We know he’s going to go in there and do a great job for them. … [Goaltending coach] Jeff Reese will give us a scouting report on him, and we’ll go from there.”

Along with Francouz starting Game 2 Monday night with Colorado down in the series, forward Matt Calvert is out and Kevin Connauton will replace Johnson on defense. Bednar termed Calvert day-to-day, saying “hopefully he can get back here in the near future.”

Connauton got the nod because of his size and experience.

“Big-bodied guy that can skate, he’s strong, and then his puck-moving is one of the strengths of his game,” Bednar said. “He’s been here before. He understands where we’re at.”

Veteran Mark Barberio and young defensemen Bo Byram and Conor Timmins are possibilities for later in the series.

“I don’t know that there’s a wrong decision here or a clear-cut right decision,” Bednar said. “We’ll just keep an eye on our D situation and just keeping trying to plug the guys in that are playing the best that can give us the best opportunity to win. I don’t know how fluid that’s going to be.”