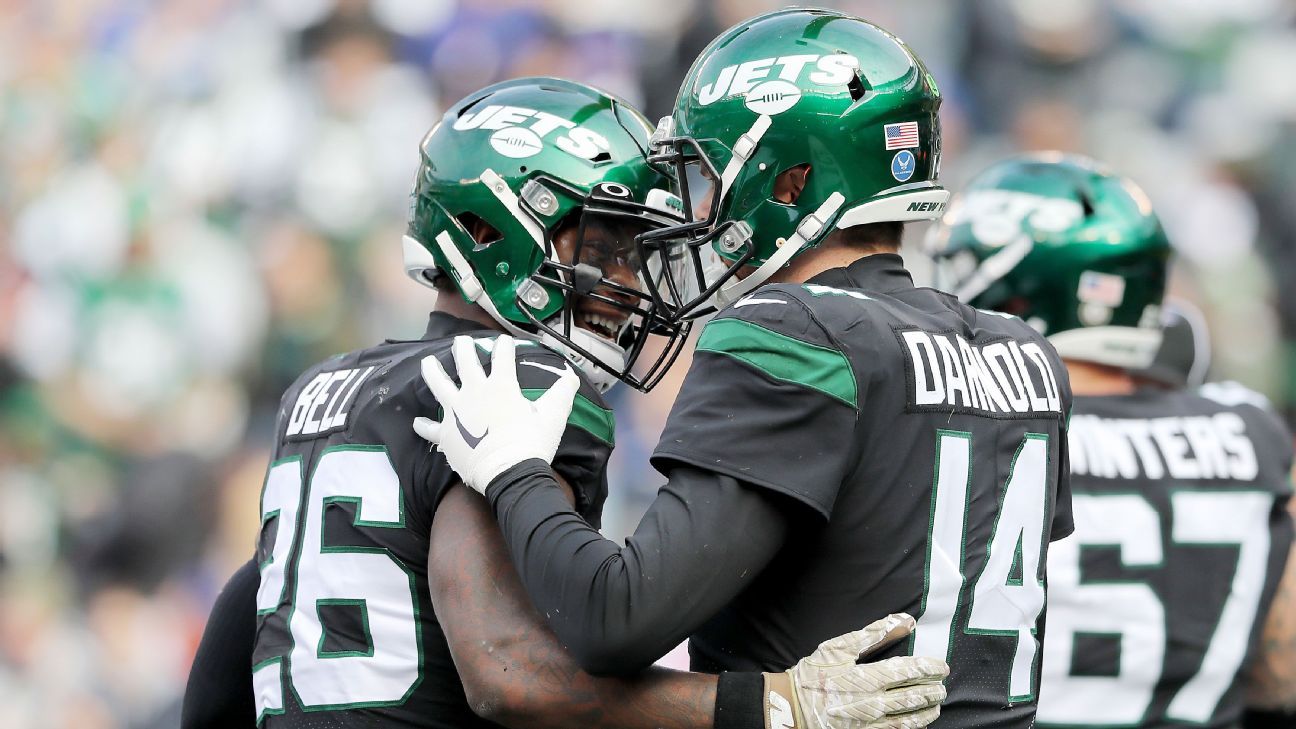 “We just have to make sure he stays healthy,” Bell said Monday with a twinkle in his eye. “I told him, ‘No bars.'”

That comment could apply to anybody, considering the COVID-19 pandemic, but it especially rings true for Darnold, who missed three games last season with mononucleosis.

The Jets went 0-3 during his illness, struggling to score amid one of the worst offensive stretches in franchise history.

Darnold, 23, said recently he’s not taking any chances and that he plans to have a “boring” life this season, staying out of New York City and spending his time at the team facility in Florham Park, New Jersey or his nearby apartment.

The Jets, who got a COVID-19 scare Saturday night when they received word of 10 positive tests (false positives, they later learned), are counting on Darnold to make significant improvement in his third season.

Bell, in his second season with Darnold, said his quarterback “looks a lot different” than 2019. “He’s a lot more comfortable.” Bell said Darnold knows Adam Gase’s offense so well that he sometimes corrects the coach if there’s a glitch in the play call.

“He has taken great command of the huddle,” Bell said. “I think that’s the biggest difference from year two to three.

“Sam looks amazing this year. It’s going to be fun.”

The Jets finished 32nd in total yards last season, with Darnold ranking 25th out of 30 qualifying quarterbacks in Total QBR (43.6).