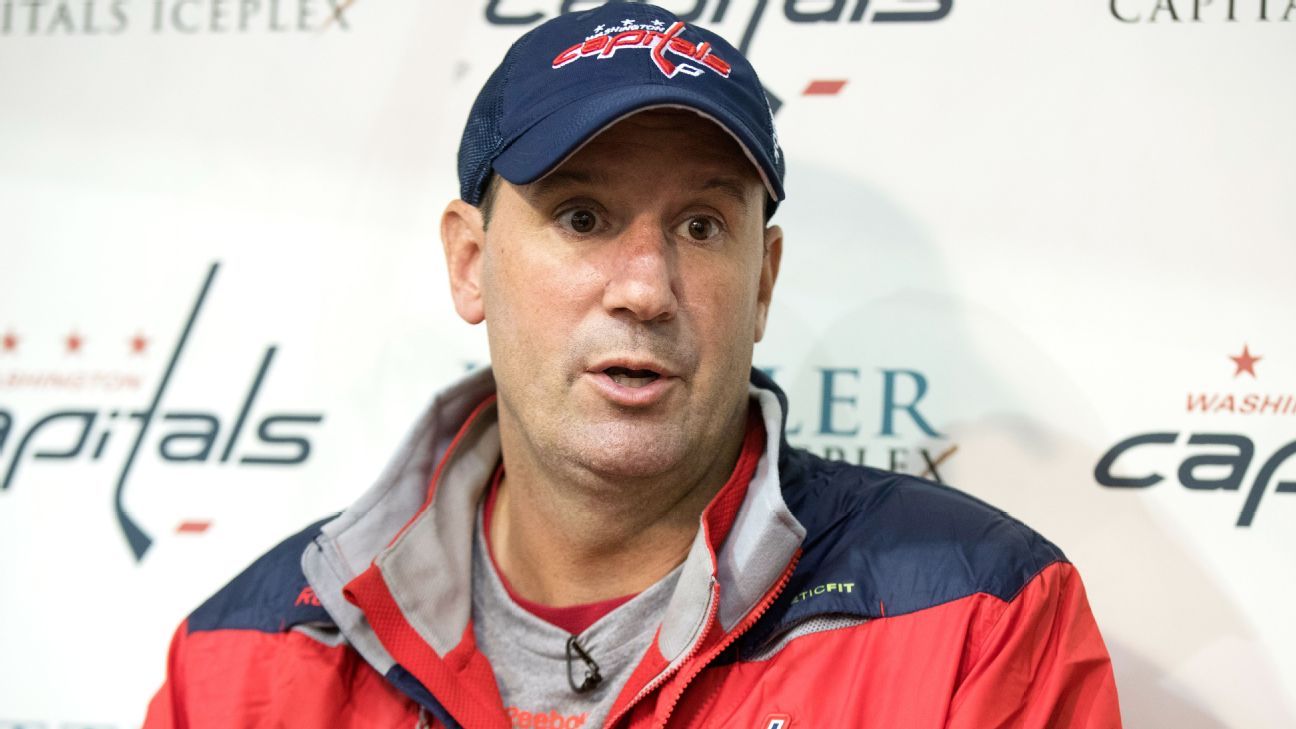 Back-to-back early playoff exits were enough to make the Washington Capitals realize that they made a mistake.

In the two seasons since the team promoted top assistant Todd Reirden instead of giving Stanley Cup-winning coach Barry Trotz a raise, the Caps have been knocked out of the playoffs in the first round. On Sunday, the team fired Reirden days after losing a five-game series to Trotz’s New York Islanders and moved toward hiring their seventh coach since Alex Ovechkin entered the NHL.

Dismissing Reirden is an acknowledgement that the longtime assistant wasn’t able to make the most of a team built to continue contending for championships with Ovechkin, centers Nicklas Backstrom and Evgeny Kuznetsov, wingers Tom Wilson and T.J. Oshie, and defensemen John Carlson and Dmitry Orlov in the prime of their careers.

“There was a continuity that we tried to duplicate with Todd to keep the same structure going forward,” general manager Brian MacLellan told reporters in a video interview. “I think it worked for a while, and as we evolved, it started to slip, and it wasn’t working. I guess in hindsight, you could say we could’ve brought in a more experienced guy, but I thought that was the right decision at the right time for both the players and what we had going on in circumstances.”

After Trotz coached the Capitals to their first title in franchise history in 2018, an automatic extension kicked in to keep him under contract at his current salary. NHL coaching salaries ballooned between the time Trotz signed his contract and when he lifted the Cup, and the organization decided to let him go rather than paying him more.

“It’s disappointing for us that we couldn’t come to an agreement, a compromise on the negotiations,” MacLellan said. “We were more than willing to pay market level. I think term was the sticking point on the negotiation.”

Reirden got a multiyear deal. Islanders general manager Lou Lamoriello hired Trotz almost immediately after the Capitals let him resign, and Trotz’s Islanders have reached the second round twice in two chances with him.

Washington’s move was made in part because members of the front office saw Reirden as head-coaching material after his several years as an assistant there and in Pittsburgh. He was a finalist for the Calgary Flames job in 2016 and was elevated to associate coach in Washington in 2017 to stop him from pursuing other jobs.

The Reirden-coached Capitals made the playoffs in his two seasons in charge; they bowed out to the Carolina Hurricanes last year. This is the first time they have failed to win a playoff series in consecutive years since 2013 and 2014, which led to a full regime change.

Asked after the team was eliminated how confident he felt about continuing to coach the Capitals, Reirden referenced injuries that struck in the playoffs and said job security isn’t something he thinks about every day.

“When you don’t come up on the winning end of it, it is disappointing, and you have to look at why that has happened,” Reirden said Thursday. “I am confident that I am a young coach that continues to improve and continues to get better and have been able to find success in the regular season and haven’t been able to find it in two completely different circumstances in the playoffs.”

Reirden, 49, was another first-time NHL head coach hired during the Ovechkin era. Trotz was the only coach with previous experience and the only coach to get Washington past the second round, let alone win the Cup.

Reirden is the first coach fired after hockey’s return. Eight teams made coaching changes for various reasons during the regular season. On Sunday, after the franchise made its announcement, Reirden issued a statement.

“I want to thank the Washington Capitals organization for allowing me an opportunity to coach this team, our players for their effort and trust, and the fantastic fan base for their support not only of me but also for my family,” Reirden said. “While I’m disappointed that we could not bring another championship to DC, I will always cherish my six years with this organization and our memorable run in 2018. I wish this team nothing but success in the future.”

Given that Ovechkin has one year left on his contract and several other top players are signed long-term, MacLellan is likely to look for experience in his next coach. Among the top options are Cup winners Peter Laviolette and Mike Babcock, Bruce Boudreau — who coached the Capitals from 2007 to 2011 and has worked for two other teams since — and Gerard Gallant, who got Vegas to the final in its inaugural season before losing to Washington.

“I think we need an experienced coach,” MacLellan said. “We have an experienced group. We need someone to come in and push some buttons on some players.”