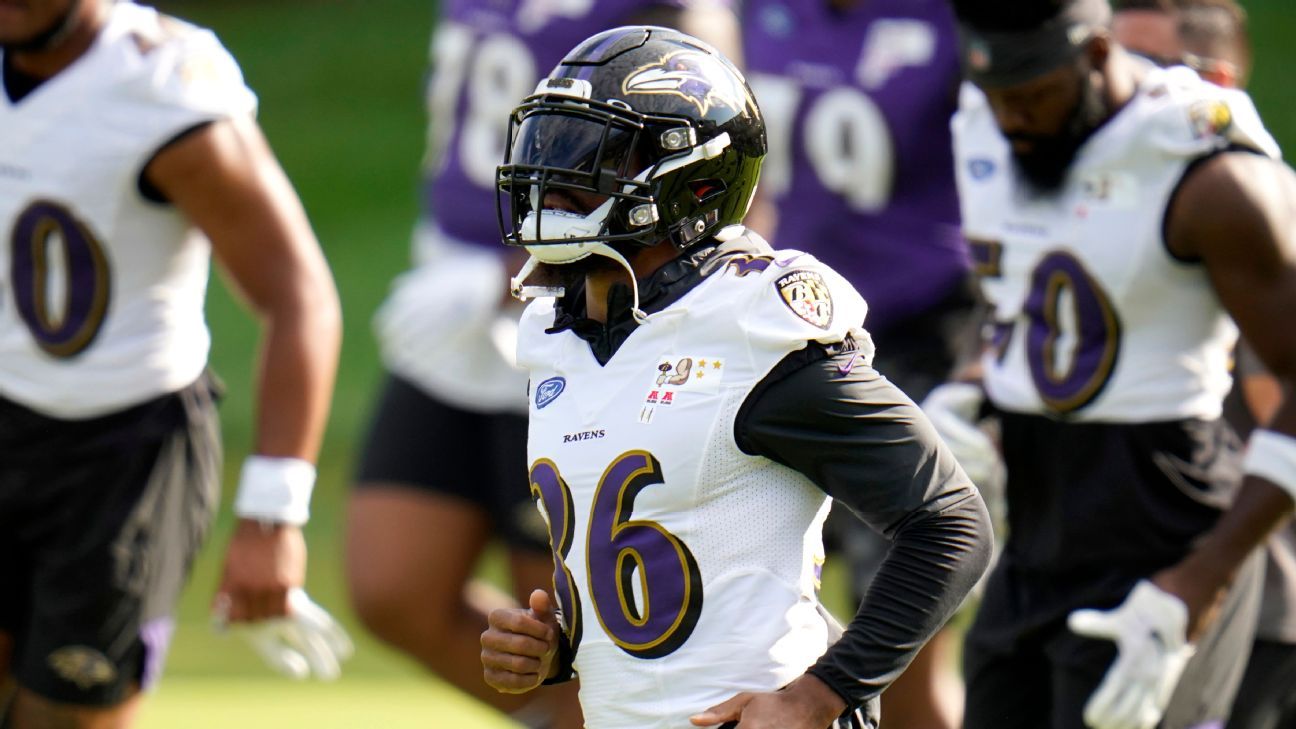 Clark was punched by Thomas toward the end of Friday’s practice after the two exchanged words on the sideline regarding a blown coverage by Thomas, sources told ESPN’s Adam Schefter.

“Right now, as a team and an organization, we’re moving forward,” Clark said Monday in his first words since the incident occurred. “We’re putting that situation in the rear view.”

Clark is known as one of the more quiet and reserved players on the team. In a video posted by Thomas (and later deleted), Clark was so angered by the defense giving up a long touchdown — Thomas blitzed instead of dropping into that area of the field — that he ripped off his own helmet and threw it to the ground.

Asked if he felt a weight lifted after Thomas’ release, Clark said, “I’m done addressing that, honestly, and the organization as well. So, we’re just moving forward at this point.”

After the fight with Clark, Thomas was sent home Friday and was told not to report to the Ravens’ facility on Saturday. He was released by the Ravens on Sunday for “personal conduct that has adversely affected” the team.

Clark became a starter last season when he replaced an injured Tony Jefferson. Known for his football intelligence, Clark was responsible for relaying the calls from defensive coordinator Don “Wink” Martindale. He makes sure everyone is in the right position and tries to avoid any coverage breakdowns.

One of the most respected players on the team, Clark has watched teammates rally around him even more since the altercation with Thomas.

“Chuck has been the guy quietly that guys go to,” tight end Mark Andrews said. “These guys respect him a ton. He’s the leader of that defense.”

Clark has not been surprised by the support given by his teammates.

“That’s what we stand on here as a team and organization,” Clark said. “We’re a family. We’re down for each other, if you’re down for the ultimate goal — and that’s winning and trying to get championship.”

Jackson moved around well, but he didn’t take off for any long runs.