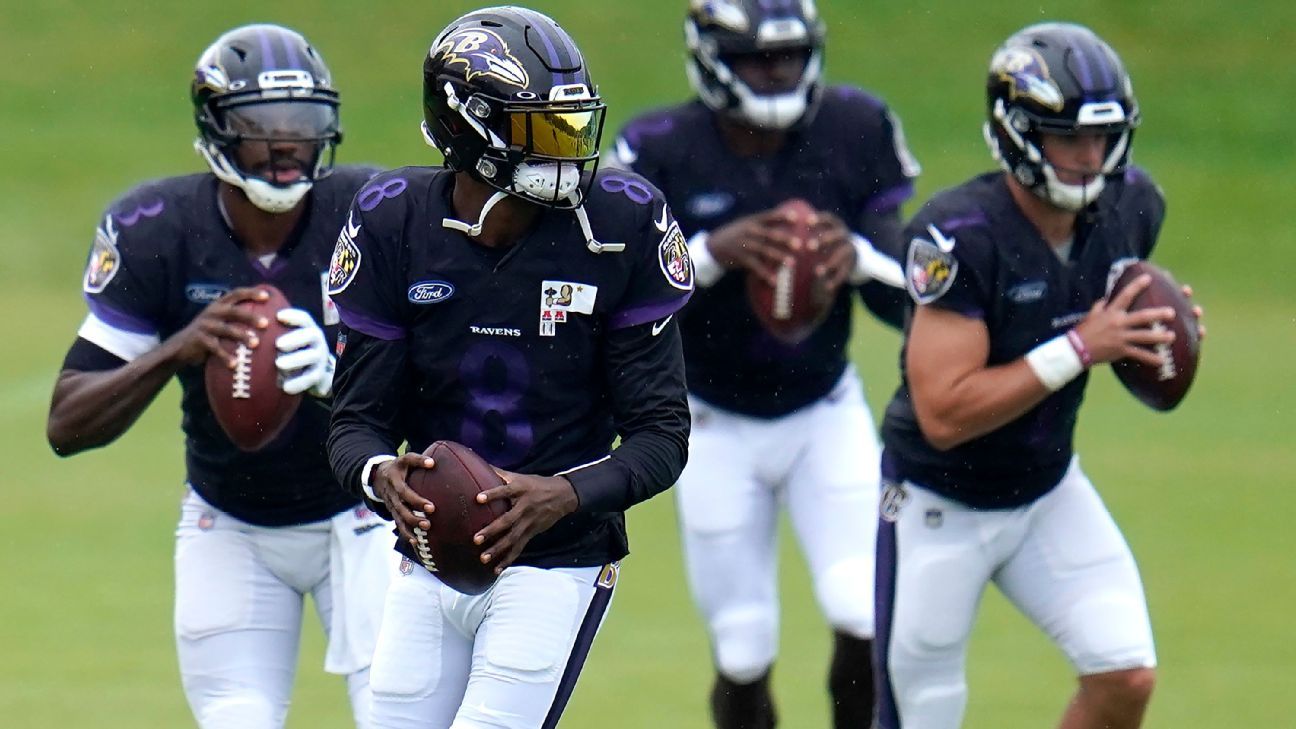 Jackson is slated to return to action on Monday, sources said.

After Sunday’s practice, coach John Harbaugh described Jackson’s injury as a “soft-tissue” one but wouldn’t expand beyond that.

“It’s training camp and we’re getting close to the season,” Harbaugh said. “We’re not talking about injuries too much.”

The Ravens open the regular season in three weeks, when they host the Cleveland Browns. Robert Griffin III has been filling in for Jackson over the past two days.

The Ravens initially gave another reason for Jackson’s absence when he surprisingly didn’t practice on Saturday. Assistant head coach David Culley said Jackson was getting a day off to rest his arm.

When asked Sunday if a tired arm classified as a soft-tissue injury, Harbaugh said, “No, I’m not getting into all that. You guys are sleuthing it out and playing Dick Tracy.”

Last season, Jackson became the second unanimous MVP after leading the league with 36 touchdown passes and setting the NFL mark for rushing yards by a quarterback with 1,206. He became the first player in league history to produce more than 3,000 yards passing and 1,000 yards rushing in a single season.

Jackson was durable last season even though he ran the ball more than any quarterback in NFL history. He started 15 games before sitting out a meaningless season finale.

The Ravens are set to return to the practice field Monday morning.

Pro Bowl cornerback Marcus Peters also is dealing with a soft-tissue injury and has been sidelined the past two practices, Harbaugh said.