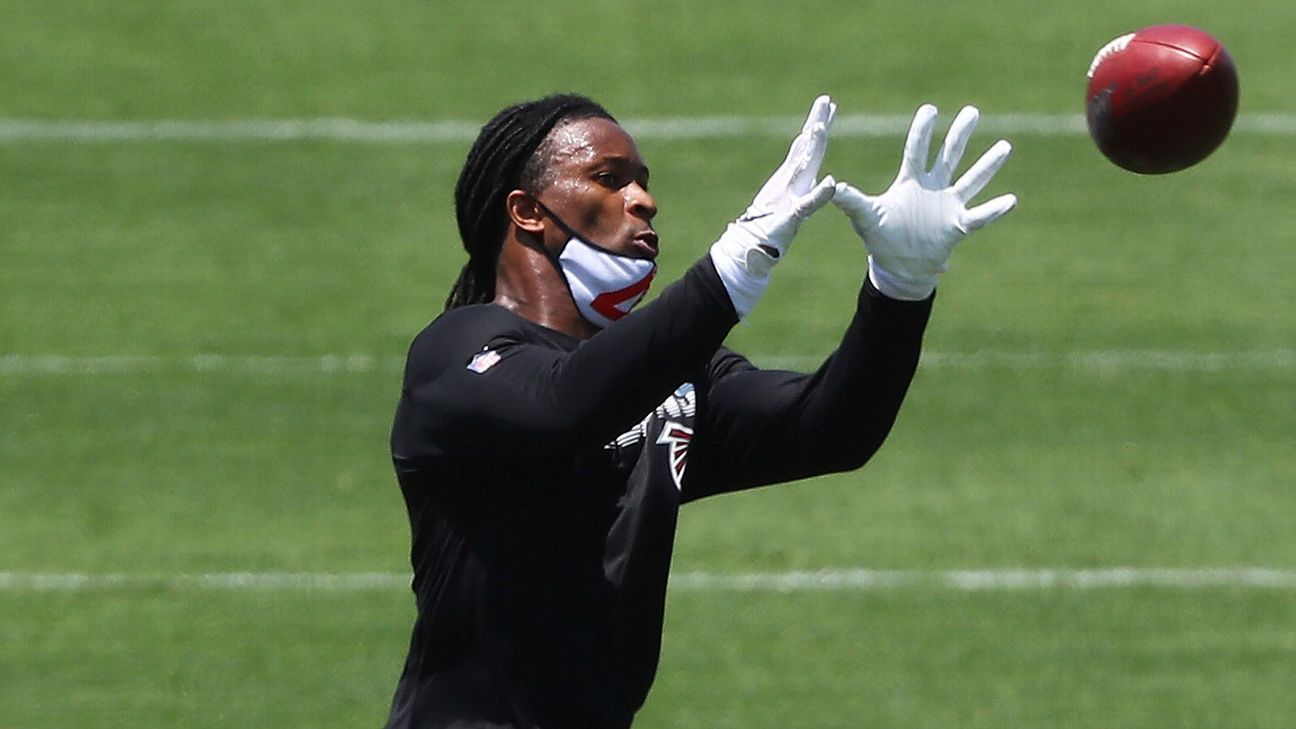 The Falcons currently have the 26-year-old Gurley on a “load management” plan in preparation for the Sept. 13 season opener at home against the Seattle Seahawks. Gurley sat out two padded practices during training camp thus far but participated in Monday’s scrimmage, although he did not have a heavy workload.

The Falcons hope the 2017 NFL Offensive Player of the Year can provide run-game balance to what has been a pass-heavy offense.

“I think a minimum of 15 touches and a high of [25],” Koetter told ESPN in a phone interview Tuesday. “But you’ve got to realize we’ve got a lot of guys that need touches. You’re going to have 64 plays in a game on average on offense. Depending on where you’re at in the season and wear and tear, I think the low is 15 and maybe the high end 25.

“Some of that depends on score and where you’re at in the game. Are you ahead and running it? Are you getting in four-minute, and how are you running the ball that week? There’s a lot of factors in there. But again, the low end 15 and the high end 25.”

Gurley, who was released by the Los Angeles Rams after five seasons, averaged 16.9 touches per game last year, which was off his career average of 20.3. Gurley cited playing in 15 games last season as reason why people should not fret about the durability of his left knee, which was repaired following an ACL injury in college at the University of Georgia. Neither Gurley nor the Rams confirmed reports that he had developed an arthritic condition in the knee, although Gurley seems to favor the knee when he walks.

Even Koetter initially had questions about Gurley’s durability when he said back in May, “[Gurley] can still do it. It’s just a matter of how often he can do it.” But Koetter has been pleased with what he has seen so far from Gurley in limited action.

Asked about Gurley’s cutback ability, Koetter said, “I think it’s definitely there. You can tell what a good pro Todd is. The way he works at it, he asks great questions. His experience in the outside zone game that he had with the Rams, he knows the tracks. He knows where the cutbacks are supposed to be based on the blocking scheme.

“We really haven’t seen Todd just because there’s no preseason games. We haven’t seen Todd totally cut it loose in a live situation. We’ve scrimmaged but we haven’t really done all-out, live. That’s coming up here pretty soon in the next week. But what we’ve seen from Todd so far is all positive. You can really see why he’s one of the best in the business.”

Brian Hill appears to be the front-runner to be Gurley’s backup with Ito Smith and Qadree Ollison also in the running back mix.

“The relationship is great,” Hill said of the chemistry with Gurley. “It’s like we’ve been him for two years now, even with the shortened offseason. It started off on our Zoom calls. We clicked immediately. And everybody in the room just gets along with him.”

Koetter declined to go into detail about the maintenance plan for Gurley.

“That’s really more between Todd and [Coach Dan Quinn] and the trainers,” Koetter said. “They’re handling that. … They just tell me what it is. Todd is a really good communicator. I love the way he communicates. But me personally with him, that’s not what him and I talk about. We’re more talking about his part in learning the system, learning the offense … what he likes and what his background is.”