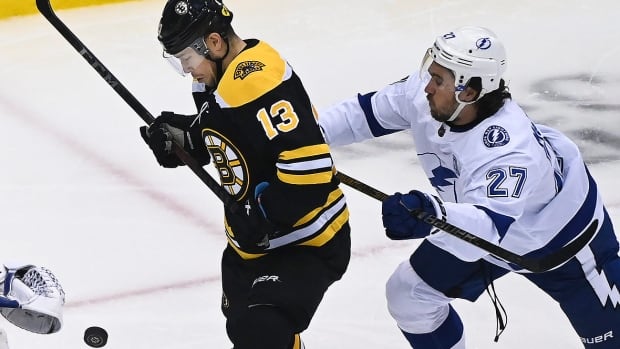 Tampa Bay Lightning defenceman Ryan McDonagh will not play in Game 2 against the Boston Bruins on Tuesday (7 p.m. ET) due to an undisclosed injury.

The 31-year-old veteran left Sunday’s 3-2 loss to the Bruins midway through the third period and did not practice on Monday.

Lightning head coach Jon Cooper did not say who would replace McDonagh in the lineup when the NHL Eastern Conference second-round series resumes in Toronto. Luke Schenn and Braydon Coburn were both healthy scratches in Game 1.

McDonagh tallied one goal and 12 points in 50 games during the regular season. He chipped in three assists during Tampa Bay’s first-round series victory against the Columbus Blue Jackets.

McDonagh averaged 20:42 of ice time this season, second on the team to fellow blue-liner Victor Hedman.

Brad Marchand’s tally ended up being more than just insurance in Boston’s 3-2 win over Tampa. 1:03