A star player holds in, SoFi Stadium makes its debut and Hall of Fame quarterback Brett Favre makes a cameo. “Hard Knocks: Los Angeles” continued Tuesday, as the Los Angeles Rams and Los Angeles Chargers advanced past the acclimation period of training camp to put on pads and finally get after it in practice.

However, for the Chargers, it took a little longer for star defensive end Melvin Ingram III to get into the action — not because of a hold out, but because of a “hold in.” Ingram wasn’t satisfied with his current contract situation but still reported to camp, participated in meetings and attended practice.

He just wouldn’t put on a helmet and participate until the Bolts renegotiated his money. 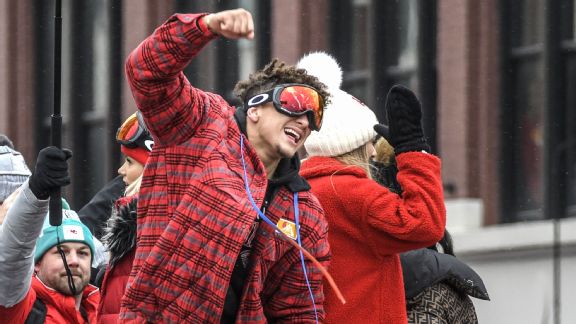 “I appreciate you being out here,” Chargers coach Anthony Lynn told Ingram on the practice field. “It’s going to work itself out.”

And indeed, it did. The Chargers guaranteed Ingram his $14 million salary, and he joined the action.

However, a few wide receivers seemed to remain in walk-through mode instead of getting physical. That prompted an impassioned speech from assistant Phil McGeoghan that could make any weekend warrior run through a wall.

One wideout who needs no such reminder is three-time Pro Bowl selection Keenan Allen.

Allen also talks a lot of trash to teammates, including new cornerback Chris Harris Jr. The two played each other over the past nine seasons, when Harris starred for the Denver Broncos. Now, their battles happen daily on the practice field in L.A. and, at least on this day of workouts, Allen seemed to get the best of the All-Pro cornerback. Harris, however, didn’t seemed to mind.

“I done cut that boy too many times in a game,” Harris said about Allen. “You think I’m worried about practice?!”

Oh, and while the “Hard Knocks” crew had Tyrod Taylor miked up, the quarterback wanted to provide a reminder:

At Rams training camp, roster hopeful — and always energetic — Clay Johnston was catching up with his dad on a video call when a Hall of Fame visitor popped on the screen. It turns out, Johnston’s dad was Brett Favre’s strength coach during a stretch with the Green Bay Packers and also served as Favre’s best man in his wedding.

“Oh, my goodness, Papa Favre, what is going down?” Clay Johnston said when Favre joined the call.

Johnston, a seventh-round pick from Baylor, faces an uphill battle to make the team. But Favre provided some encouragement.

“You’re going to be fine. I played with a ton of guys, but not many guys like you, who love it,” Favre said. “I always like the guys like yourself that have the full energy. I love it.”

And finally, the Rams played their first scrimmage inside their new, $5 billion-plus home at SoFi Stadium.

“I can see outdoor palm trees from the 50,” quarterback Jared Goff said.

It’s uncertain whether Aaron Donald saw any palm trees, because as the scrimmage played out, he seemed to only have eyes for the quarterback. Donald made easy work of the offensive line — and made it a tough night for Goff.

Luckily for the Rams, they don’t have to go against Donald much longer. But unluckily for Rams offensive tackle David Edwards, the camera caught him in a straw mishap.