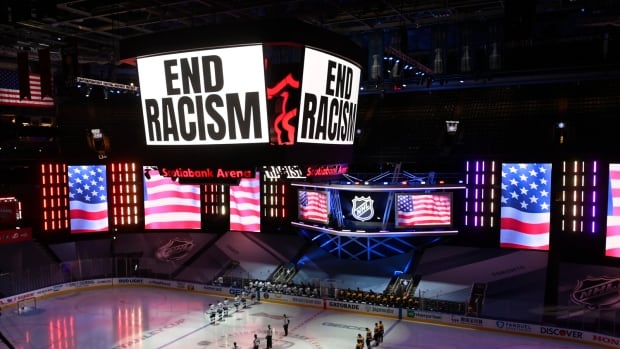 Jon Cooper was asked Wednesday morning about a power play that has come up empty in recent weeks.

“We have some pretty good players on the ice,” Tampa Bay’s head coach responded. “Pucks are going to go in.”

Turns out he was onto something.

The Lightning scored three times with the man advantage to snap an ugly 0-for-15 drought in thumping the Boston Bruins 7-1 to take a 2-1 lead in their second-round playoff series.

Nikita Kucherov led Wednesday’s outburst with a goal and three assists, Alex Killorn added two goals and an assist, and Mikhail Sergachev and Brayden Point each chipped in with a goal and two helpers.

The Lightning had a power play in the third period of Tuesday’s 4-3 overtime victory that didn’t connect, but Cooper said it gave a unit that ranked fifth overall in the regular season some confidence.

“It was a huge momentum boost,” he said. “It was just a carryover into today and at some point they were bound to go in.

“They came in bunches and we’ll most definitely take it, but it’s just a confidence boost for the guys — especially when they haven’t been seeing the results.”

Ondrej Palat and Yanni Gourde also scored for the Lightning, while Andrei Vasilevskiy made 23 saves for Tampa in battle of Eastern Conference heavyweights that was never really in doubt.

Brad Marchand replied for the Bruins. Jaroslav Halak allowed four goals on 16 shots before getting replaced by rookie Dan Vladar, who finished with 12 saves. Boston, which sat first in the NHL when the league suspended its season because of the COVID-19 pandemic in mid-March, will look to rebound in Friday’s Game 4 back at an empty Scotiabank Arena.

Unlike the three NBA contests postponed Wednesday after the Milwaukee Bucks didn’t come out for Game 5 of their first-round series against the Orlando Magic as players across the sporting world reacted in the wake of the weekend shooting by police of Jacob Blake, a Black man, in Wisconsin, the NHL went ahead with Bruins-Lightning, choosing instead to hold a brief “moment of reflection” prior to the national anthems.

Major League Baseball games between the Cincinnati Reds and Brewers in Milwaukee, the Seattle Mariners and Padres in San Diego, and Los Angeles Dodgers and San Francisco Giants were called off hours before first pitch. Five of six Major League Soccer fixtures were also postponed.

“Racism has been embedded in our society for far too long,” the public address announcer at Scotiabank Arena said in a prepared statement. “Today and every day, the NHL and the hockey community are committed in the mission to combat racial injustice and achieve a fair society for all.

“The NHL would like to take this moment to wish Jacob Blake and his family well, and call out to our fans and communities to stand up for social justice and the effort to end racism.”

“We really didn’t find out that the other leagues had taken their stance until we got here,” said the native of New Rochelle, N.Y. “It’s something we’ll have to address going forward.”

Bruins captain Zdeno Chara said his team was in the same boat.

“Definitely we support NBA players and all the leagues that showed their support,” he said. “It was so close to our game that we were just getting ready. We support the fight against racism and injustice, and there’s different ways to express that.

“NBA players expressed their opinions by boycotting the games … we support it.”

As for the blowout on the ice, Tampa led 2-0 after the first period and went up by three at 2:14 of the second when Sergachev blasted a one-timer for his first of the post-season and the Lightning’s second man-advantage goal of the evening.

The Tampa Bay Lightning smoked the Boston Bruins 7-1 and edge ahead to a 2-1 lead in the series. 1:26

Marchand got that one back on a Boston power play with his seventh at 4:45, but Killorn batted home a rebound on another Tampa man advantage at 8:53 for his third to make it 4-1.

The 35-year-old Halak, who last started back-to-back games in November 2018 and is carrying the load in the Bruins’ crease after Tuukka Rask left the Toronto bubble for a family emergency during his team’s five-game victory over the Carolina Hurricanes last round, was replaced by Vladar during the next television timeout.

The 23-year-old became the first goalie in Boston’s history to make his NHL debut in the playoffs, and just the 11th all-time. Vladar made his first three saves, but could do nothing on Point’s breakaway at 15:23 as Boston’s Torey Krug and Tampa’s Tyler Johnston were throwing fists at the other end of the rink.

Killorn then scored his second of the night when Gourde’s shot caromed off the end boards right to the Lightning centre at 18:01.

Kucherov got in on the action with his fourth at 3:58 of the third after a nifty move by Point off the rush.

“If you get behind in this league against a good team it’s hard enough to catch up,” Bruins head coach Bruce Cassidy said. “We lost our composure at times and didn’t do enough to get back in the game.”

“Tampa got energized from that second period and I think we were deflated.”

In his daily recap, Rob Pizzo breaks down the bounce back games from the Canucks and the Lightning, and gets you set up for today’s action. 2:53

The Lightning took a 1-0 lead on a power play at 12:46 of the first when Palat — Tuesday’s overtime hero — blasted a one-timer from the right circle that hit Chara’s stick for his second.

Tampa struck again just 15 seconds later on another unfortunate sequence from a Boston perspective. Gourde moved into the offensive zone, and as Jeremy Lauzon moved to angle him off along the boards, the Bruins defenceman bumped into linesman Devin Berg. That created an opening for Gourde, who cut in alone and outwaited Halak for his third to start the onslaught.

“They’re both just one win … we’re only halfway there.”