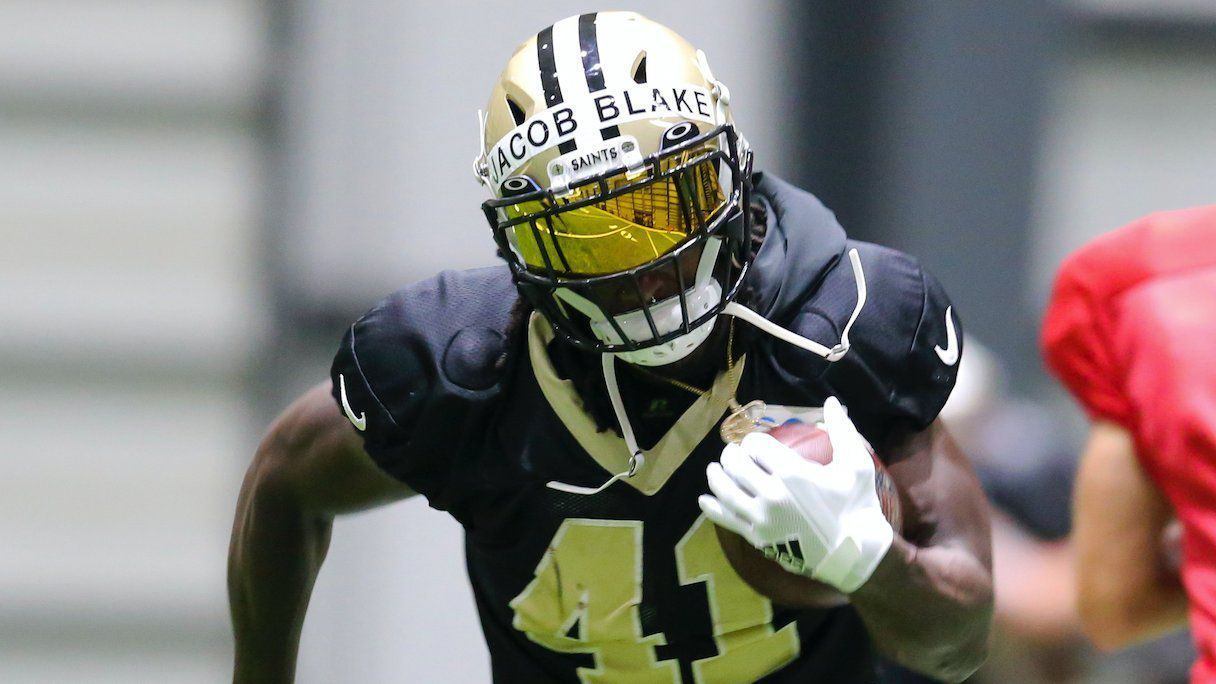 The Jacksonville Jaguars and Chicago Bears postponed the start of their practices, with some using the time to instead meet as a team to discuss social change.

The Jets’ practice field was set up for the usual start at 9:20 a.m. ET, and some staff members were seen walking the field — but it was confirmed at 9:24 that practice was canceled.

Coach Adam Gase and a few Jets players said Wednesday that they spoke about the shooting of Blake and racial injustice on Tuesday night, and the virtual meeting included team chairman and CEO Christopher Johnson.

Instead of practicing, the Colts said they will use Thursday “to discuss and work toward making a lasting social impact and inspiring change in our communities.”

Packers coach Matt LaFleur made it clear the team’s decision to cancel practice wasn’t a boycott by the players. Instead, he made the decision after several hours of lengthy discussions both with the players’ leadership committee and the whole team — players and coaches — together.

“Not one guy said that they didn’t want to practice today; that didn’t even come up,” LaFleur said. “It was more or less we were having some really long conversations. When you feel that emotion in the room, it’s hard to focus on football. It is emotionally draining for everybody in that room, so I made the decision that, hey, we’re not going to go today. I just didn’t think it was right. We’ll see where we’re at tomorrow when we reconvene.”

Blake, a Black man, was shot seven times by police Sunday in Kenosha, Wisconsin. Blake was shot as he attempted to enter the driver’s side door of his vehicle with three of his children inside. Video of the shooting was distributed on social media, sparking more protests and causing more athletes to speak out or take action.

Broncos running back Melvin Gordon grew up in Kenosha, and he and other players, coaches and staff posed for a team photo that was posted along with a statement on Twitter.

“While this tragedy took place in Melvin Gordon’s hometown of Kenosha, this hits home for all of us,” part of the statement read. “In the strongest terms, we condemn police brutality, excessive force and these senseless acts of violence that have caused so much pain. It is time for accountability and real policy reform.”

The Dallas Cowboys did practice Thursday, but coach Mike McCarthy said conversations with players will continue as to what they should do.

“I have to be honest, it’s hard to sit here and to think I have to talk about football today, especially with everything that’s going on in our country,” said McCarthy, whose family lives in Green Bay, Wisconsin. “I’ve spent the evening, last night, listening and watching, everything that’s going on in the NBA, the WNBA, the MLB and across our league. These are unprecedented times in our country. …

“Spent a lot of time on the phone the last couple of evenings. It’s definitely concerning. Having friends and family back there [in Wisconsin]. These times are unprecedented. Things need to change. I grew up in a home of public safety, but I mean, I just don’t understand why it keeps happening and I think I’m like everyone else. I don’t have the answers, but things need to change.”

The New Orleans Saints are practicing Thursday, but cornerback Janoris Jenkins took to social media Wednesday night, posting a picture of a quote from Muhammad Ali next to his helmet, which had a strip reading “Jacob Blake” across the front.

All Saints players had Blake’s name taped across their helmets during Thursday’s practice.

“It’s just something we decided to do last night to honor him,” Saints coach Sean Payton said. “It was something we felt would be appropriate, and I think they were for it.

“I think part of coaching is teaching them they have a voice — a very powerful one — and certainly understanding that and respecting everyone’s voice. So collectively as a team, a lot of things can be done to encourage change and be a part of change. So that’s part of the teaching element of what we do as coaches. It never changes regardless of the level, whether it’s Pop Warner, high school, college or the NFL. It’s more than just football.”

“Football takes a back burner, and we felt like this was one of those moments as an organization, wanted our players to know that we support them,” Kingsbury said. “Want them to have a day to be with their families, reflect on things, be around friends, be around each other, and then use the day to help make that change they want to see — whether it’s on social media, using the platform they have, or if it’s going to register to vote or trying to get other people set up to register to vote. We just wanted them to know this is their day.”

The Cleveland Browns met as a team prior to Thursday’s practice, which was shortened to an hour to accommodate more discussions afterward. Defensive end Myles Garrett said players wanted to brainstorm on ideas to “really move the needle” for social change.

“It’s different this time,” Garrett said. “A lot of people are feeling this way — all colors, all walks of life.”

Detroit Lions coach Matt Patricia said he and his staff check every day to see how players are feeling when it comes to practicing or not or discussion points that they potentially want to have.

“If there’s any chance that maybe we got everybody to stop and think for a minute, that’s really great,” Patricia said of the being the first professional team to protest Tuesday by canceling practice. “And I think we have a simple saying, which is just listen. And right now, that’s just what we want everyone to do, is listen. We understand that this is not a sprint. It’s not a race. It’s a marathon, and it’s something that we just have to do a good job of continuing this conversation.”

After Thursday’s scrimmage was called off, the Chargers posted a quote from Blake’s sister on the video board: “I’m not sad. I don’t want your pity. I want change.”

The Baltimore Ravens decided to practice but announced that they will “come together for a meeting to discuss and work on a plan for continued social justice reform efforts” after practice.

“Everyone has the choice to choose to what level and what degree they want to use their platform,” Pittsburgh Steelers quarterback Ben Roethlisberger said after the team’s practice. “I think the biggest thing right now is to … listen to my African-American teammates and friends that aren’t even in football just to get a better understanding to educate myself.”

Atlanta Falcons coach Dan Quinn said he would talk with players, including the team’s social justice committee, after Thursday’s practice.

“We’ve always acted collectively as a group and as a team,” Quinn said. He said he will support players “whether it’s action items or a chance to vent as a team.”

“In place of our practice at FedEx Field, the players, coaches and football staff will meet as a football family and we’ll continue our open dialogue on the issues of racism and social injustice in out country,” Rivera said in a statement.

Reporters from ESPN’s NFL Nation and The Associated Press contributed to this report.