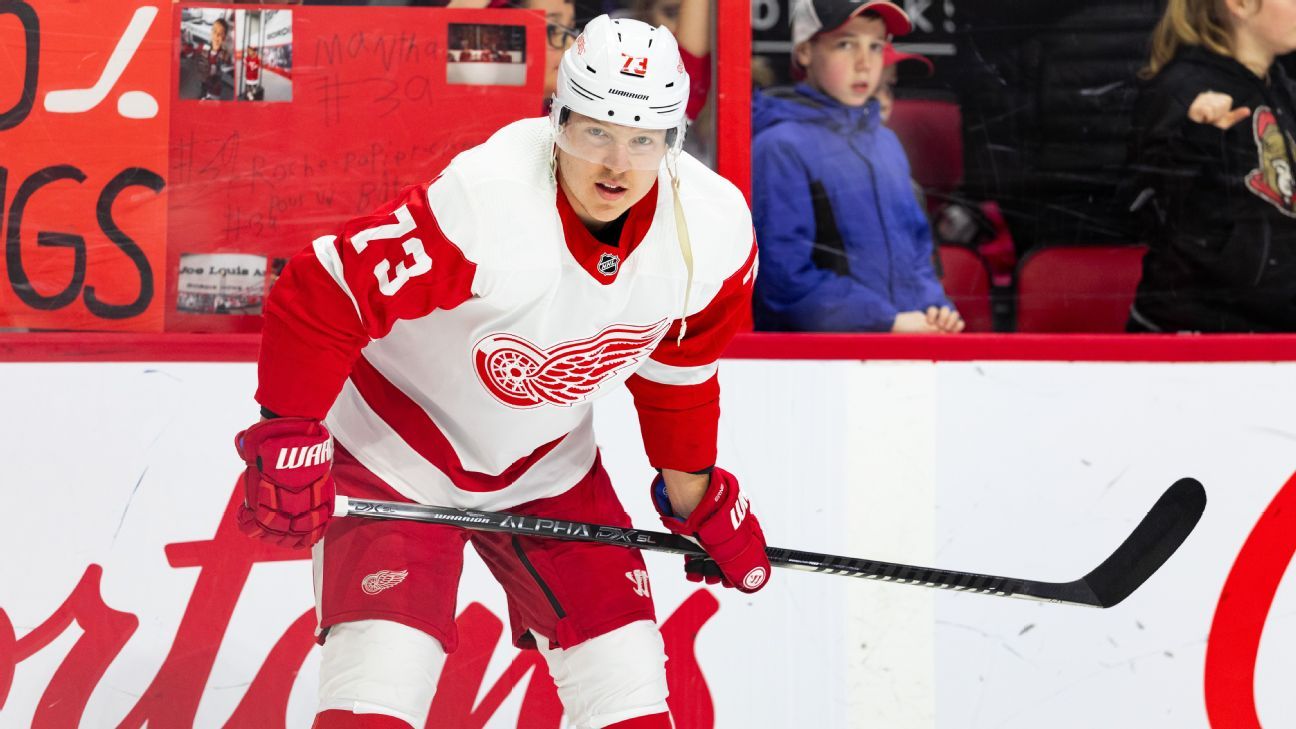 Erne had two goals and three assists in 56 games this past season. Detroit acquired him from Tampa Bay in August 2019. He played in three previous seasons for the Lightning.

Hirose had two goals and five assists in 26 games for the Red Wings last season. He also played a bit for Detroit in 2018-19 after signing with the Red Wings as a free agent. He tied a franchise record by earning an assist in each of his first five games with the team.