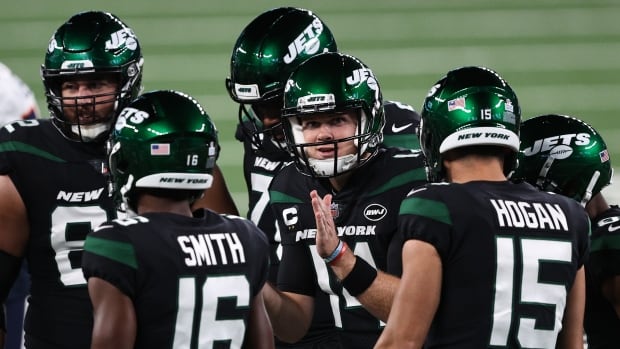 All New York Jets players and coaches have tested negative for COVID-19, and Sunday’s game against Arizona will be played on time.

The Jets posted a statement on social media Friday night, hours after their training facility was closed due to a presumptive positive coronavirus test for one player.

“This evening, we received negative PCR COVID-19 test results for all players, coaches and personnel,” the team said. “Following a presumptive positive COVID-19 test and out of an abundance of caution to ensure everyone’s health and safety, we sent all players and personnel home this morning. We also initiated all NFL mandated protocols including player isolation, subsequent testing, and contact tracing.

“As we have thus far, we will continue to follow required health and safety protocols in the best interests of our coaches, players, staff and community. We look forward to our game this Sunday against the Arizona Cardinals.”

Statement from the New York Jets. <a href=”https://t.co/J6qzUeFn7r”>pic.twitter.com/J6qzUeFn7r</a>

During the summer, Lions quarterback Matthew Stafford had a similar false positive.

The league has had 60 cases since testing began in which one player or staff member tested positive and there wasn’t further transmission among the team. By sending everyone home from the facility Friday morning, the Jets took the appropriate steps under the NFL/NFLPA COVID-19 protocols. And then the 100% negative tests were announced in the evening.

Tennessee currently has 13 players on the reserve/COVID-19 list, including four starters and a long snapper.

League reminds all to wear masks

In a memo to the 32 teams obtained by The Associated Press, the NFL’s officiating office reminded “all individuals must keep their masks in place when interacting with game officials on the field.”

“We have seen multiple occasions where head coaches have removed their masks to communicate with game officials during games,” the memo from league executive Perry Fewell said. “Doing so creates unnecessary, increased risk for the game official, the head coach, and others, and is inconsistent with the requirement that face coverings be worn at all times.”

“Failure to adhere to the NFL-NFLPA COVID-19 related protocols will result in accountability measures being imposed against offending individuals and/or clubs, including fines, suspensions of persons involved, and/or the forfeiture of a draft choice[s],” the memo said. “Additionally, we have reminded game officials that if an individual not wearing a face covering approaches them inappropriately, they have the authority to take administrative or officiating action, including a 15-yard penalty for unsportsmanlike conduct.”

The NFL Referees Association had complained to the league about coaches approaching them without masks properly in place.