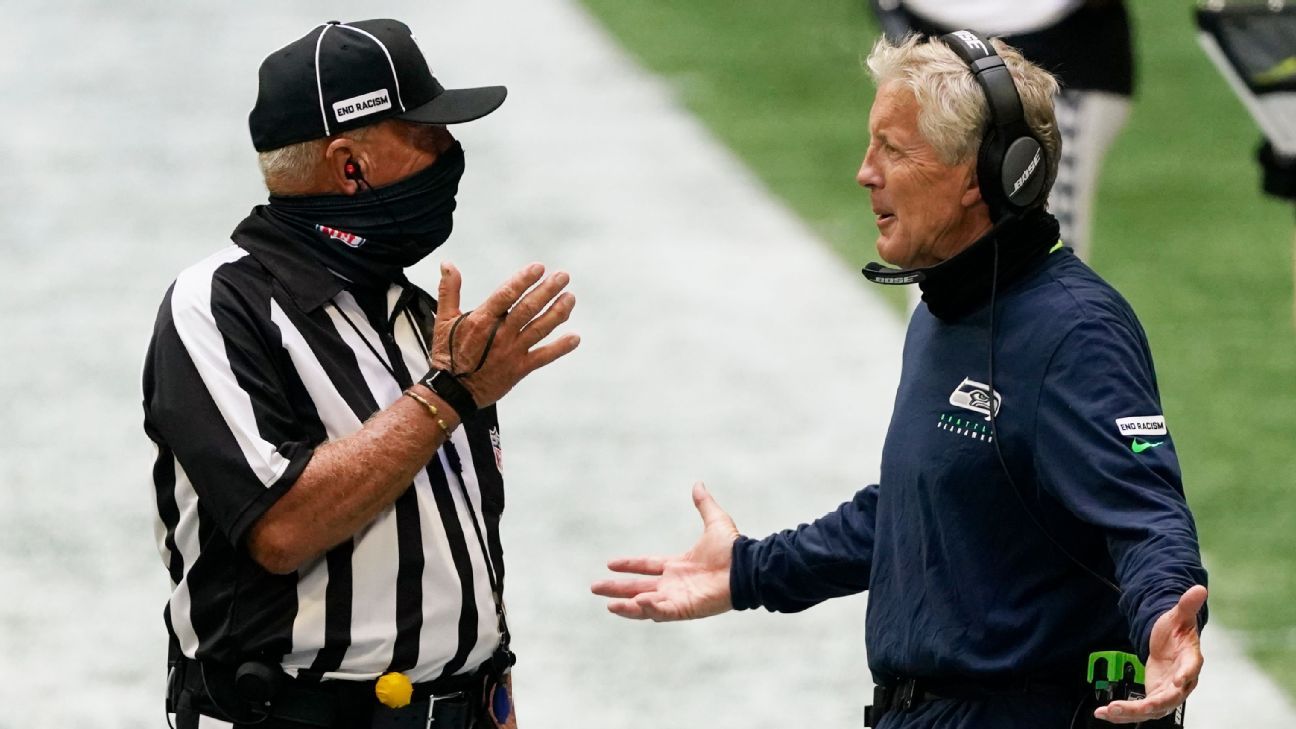 NFL officials have been authorized to penalize teams for unsportsmanlike conduct if a coach or someone else on the sideline approaches them while not wearing appropriate face coverings, according to a memo sent to teams Friday.

The memo, written by senior vice president of officiating administration Perry Fewell, came in response to complaints from the NFL Referees Association about coaches pulling down their masks to yell at officials in close range. The NFL’s COVID-19 protocols require everyone on the sideline to wear face coverings except players who are actively involved in the game. Officials must wear them at all times, unless they are announcing a penalty.

“We have seen multiple occasions where head coaches have removed their masks to communicate with game officials during games,” Fewell wrote in the memo. “Doing so creates unnecessary, increased risk for the game official, the head coach, and others, and is inconsistent with the requirement that face coverings be worn at all times. … Consistent with all other individuals on the sideline, game officials are entitled to your respect as they perform their job duties during the pandemic.”

Five coaches have been fined $100,000 apiece — and their teams $250,000 — for failing to wear face coverings during games. That discipline remains in place. Friday’s memo allows officials to take immediate action on the field.

Wrote Fewell: “We have reminded game officials that if an individual not wearing a face covering approaches them inappropriately, they have the authority to take administrative or officiating action, including a 15-yard penalty for unsportsmanlike conduct.”