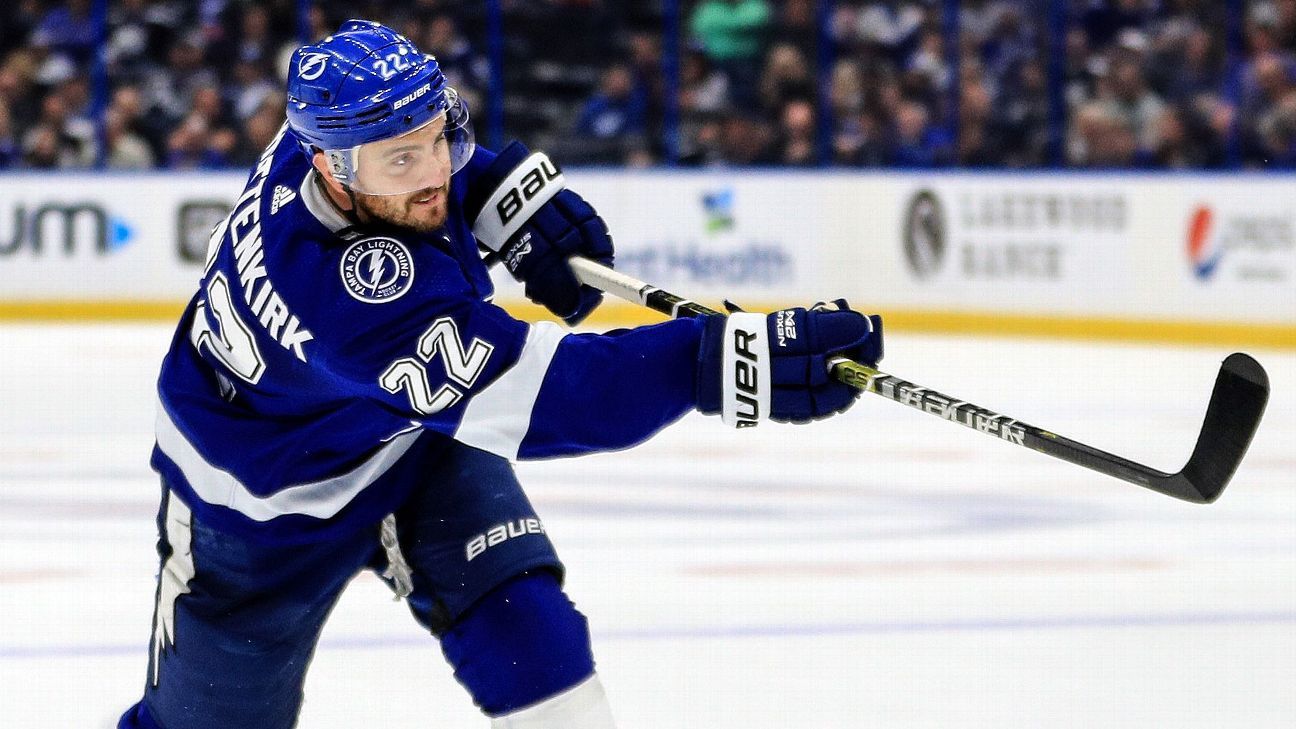 Defenseman Kevin Shattenkirk is joining the Anaheim Ducks on a three-year contract, according to multiple reports.

Shattenkirk won a Stanley Cup title with the Tampa Bay Lightning last season after joining the team on a one-year, $1.75 million contract, saying he had a “huge chip on my shoulder” after being bought out by the New York Rangers.

Shattenkirk, 31, was a regular 40-point scorer in St. Louis but hasn’t hit that mark since leaving the team after the 2016-17 season.

Among the top prizes of the 2017 free-agent class, Shattenkirk signed a four-year, $26 million contract with the Rangers, giving New York a premier puck-carrying defensemen. Two years later, he was bought out of that deal after posting seven goals and 51 points in two seasons. He missed the final 36 games of his first season in New York with a meniscus tear in his left knee.

Similar to several veterans who fell out of favor with a particular franchise — like Zach Bogosian (Buffalo Sabres) and Ryan McDonagh (Rangers) — Shattenkirk found a home in Tampa Bay, adding to a stable of defensemen that anchored this season’s Stanley Cup run.