CHICAGO — The Chicago Bears have made a habit of comeback victories.

A late 38-yard field goal by Cairo Santos lifted the Bears to a 20-19 victory Thursday over Tom Brady and the Tampa Bay Buccaneers, who at one point led 13-0 in the first half.

“There’s something special about this team,” coach Matt Nagy said. “We find ways to win, and it’s not always pretty; we totally understand that. This is a big win for us, to be 4-1. Every win is so crucial, so I’m proud of our coaches and players for that.”

For the Bears, it marked their third win of the season after trailing by double digits, which is tied for the most in a team’s first five games in NFL history, according to research by the Elias Sports Bureau. The Philadelphia Eagles were the most recent team to do it, in 2014. 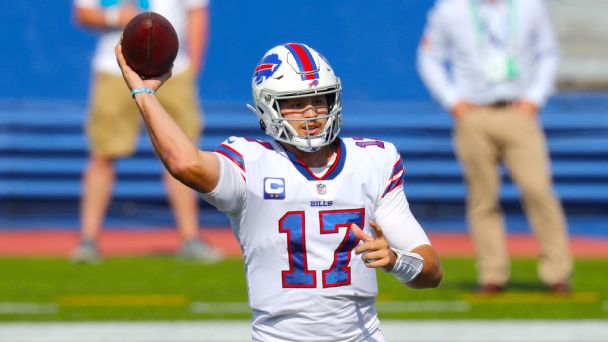 The only other time the Bears have had that many come-from-behind victories in their first five games was in 1985, when Chicago won its lone Super Bowl title.

At 4-1, the Bears still don’t resemble a true Super Bowl contender, but Nagy’s team is on its way to challenging for a playoff berth.

The Bears finally beat a good team, which is a much-needed confidence-booster heading into the long weekend.

QB breakdown: Nick Foles made the throws when he needed to. Foles guided the Bears down the field to set up Santos’ winning kick and finished the night 30-of-42 for 243 yards, with one touchdown and one interception. Foles had several noticeable gaffes throughout the game — one bad missed pass to Darnell Mooney comes to mind — but kept his poise at the end. That marks two of three weeks Chicago has played winning football under Foles, who appears to be in no danger of losing his job.

“I think everybody sees what he’s capable of in terms of the rhythm we have and how we can move the ball down the field,” wide receiver Allen Robinson said. “Because again, there were times tonight in drives where we didn’t have any penalties or have any second-and-extremely-longs or third-and-longs. We moved the ball and made it seem pretty effortless, guys just making a play. We know the capability we have.”

Promising trend: Veteran tight end Jimmy Graham keeps catching touchdowns. Graham recorded his fourth touchdown reception of the season with a sensational one-handed grab near the back left corner of the end zone. Graham is tied with Baltimore’s Mark Andrews for the second-most touchdown catches in the NFL, behind only Green Bay’s Robert Tonyan (five). Graham also tied Martellus Bennett (2014) for the most touchdown receptions by a Bears tight end in Weeks 1-5 since 1970.

Troubling trend: Through five games, the Bears have not scored in the third quarter. Chicago’s offense is suspect in general, but its third-quarter woes are particularly alarming. The Bears had painstakingly wrestled momentum back from the Bucs before halftime, only to come out of the flat — yet again — in the third quarter.

Return of the Mack: Former NFL Defensive Player of the Year Khalil Mack was a force to be reckoned with Thursday night. Mack turned up the heat on Brady most of the game, and even hip-tossed 320-pound Bucs tackle Tristan Wirfs for good measure after a sack. Mack finished the night with three tackles and two sacks. It was — by far — Mack’s most impactful performance of the young season.

“You have a guy like Khalil that every single snap he’s bringing it and you just have to know that he’s coming,” Nagy said. “It’s unfortunate on that last sack he had or the one where he got the penalty because he could have had a third sack and that’s just who he is. The other guys feed off of that.”