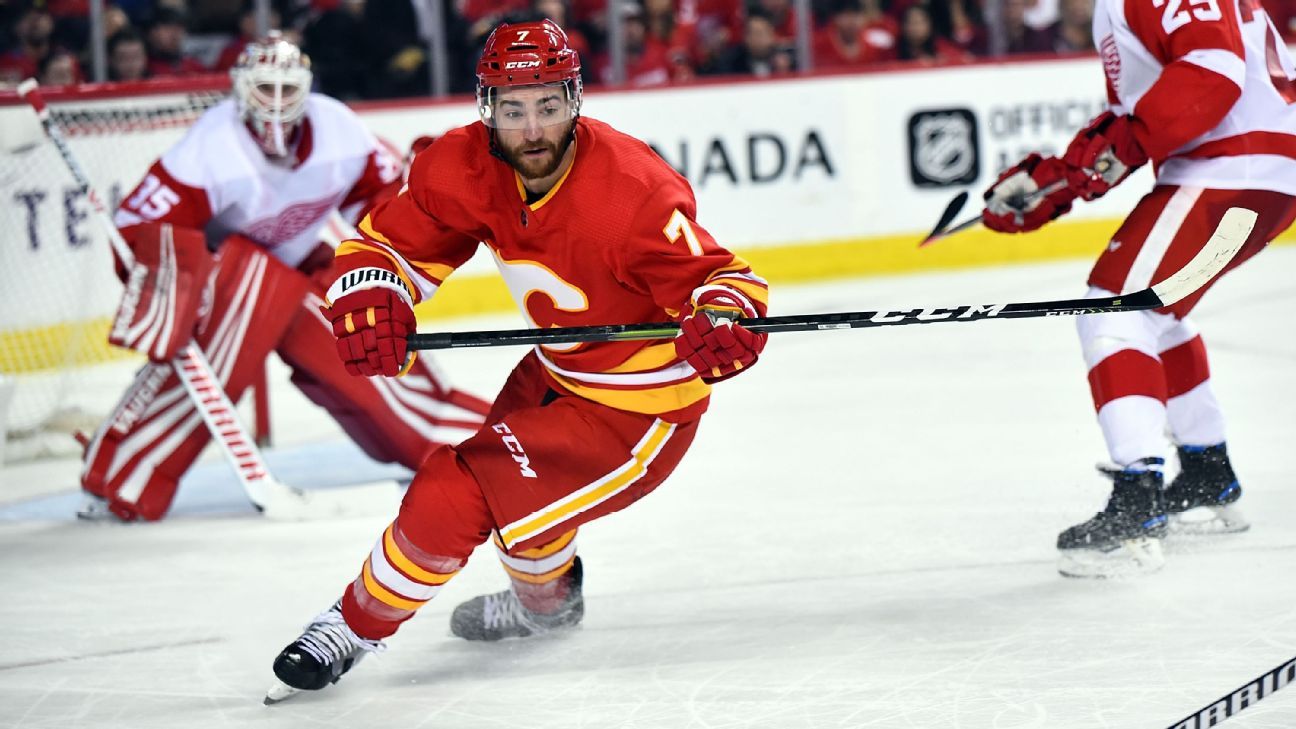 Brodie, 30, had four goals and 15 assists in 64 games during the pandemic-shortened regular season, snapping a six-year streak of 30-point campaigns. He chipped in a goal and three assists in 10 postseason games as the Flames were eliminated in the Western Conference quarterfinals by the Stanley Cup runner-up Dallas Stars.

A fourth-round pick in 2008, Brodie has spent his entire 10-year career with the Flames, posting 48 goals and 218 assists in 634 games. Before last season, Brodie was hospitalized in November after collapsing during practice from an apparent seizure. He was able to rejoin the Flames two weeks later.