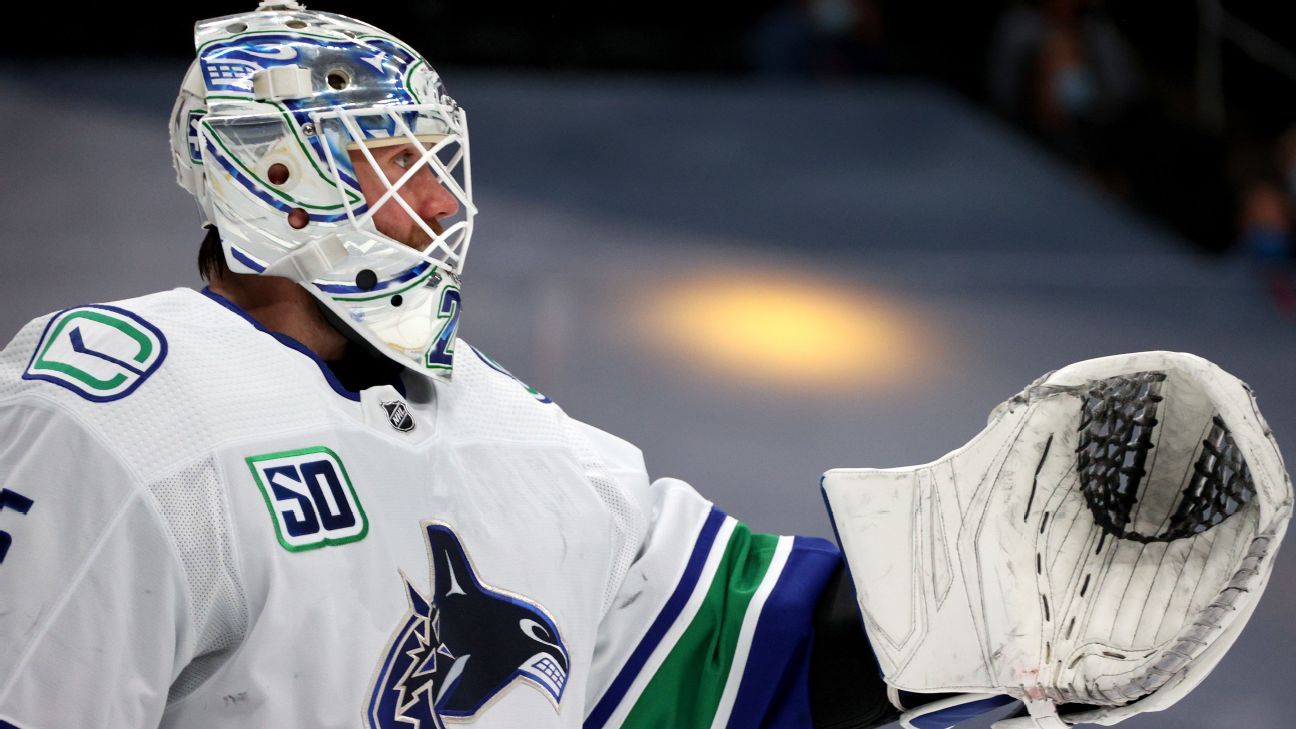 Unable to reach an agreement to stay the starter in Vancouver, goaltender Jacob Markstrom quickly made a deal with the Calgary Flames for six years and $36 million, the team announced Friday.

After serving primarily as a backup for most of his career, Markstrom has developed into a quality front-line netminder since he turned 28 three seasons ago.

Last season, he went 23-16 with a 2.75 goals-against average and .918 save percentage for a surprising Canucks team. Vancouver beat Minnesota 3-1 in the qualifying round and upset defending Stanley Cup-champion St. Louis 4-2 in the first round before losing to Vegas in seven games in the West semifinals.

Markstrom had a 2.85 GAA and .919 save percentage in 14 playoff games. He is coming off a three-year, $11 million contract. He was injured against the Golden Knights; backup Thatcher Demko took over for the Canucks and went 2-1.

Calgary started David Rittich last season with Cam Talbot as backup, but Talbot took over in the playoffs. He went to the Wild on the first day of free agency.

The Canucks moved on by signing former Washington Capitals goalie Braden Holtby to a two-year, $8.6 million deal. Holtby and Demko will likely share time in net for a young Canucks team that finished 36-27-6 last season and in third place in the Pacific Division.

The Flames also signed defenseman Chris Tanev to a four-year deal worth $18 million. Tanev, 30, has played his entire 10-season career with the Vancouver Canucks.