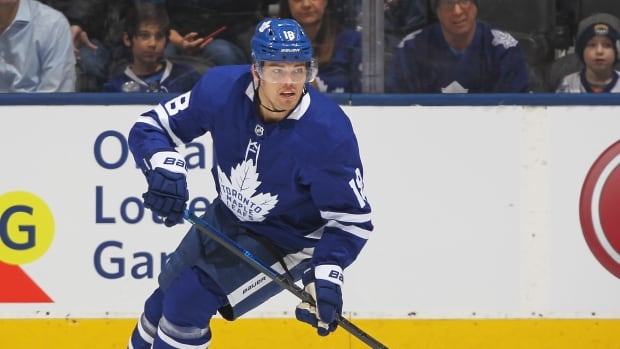 Earlier Saturday the team signed forward Travis Boyd to a one-year, $700,000 US contract.

Anderson, 22, split his 2019-20 season between the New Jersey Devils and Binghamton Devils of the American Hockey League.

In 18 games with New Jersey, he recorded four goals and two assists, and had 34 points (15 goals, 19 assists) in 44 games with Binghamton.

Moving Johnsson, who has three years left on his contract with an average annual value of US$3.4 million, was in part due to salary cap concerns for the Leafs.