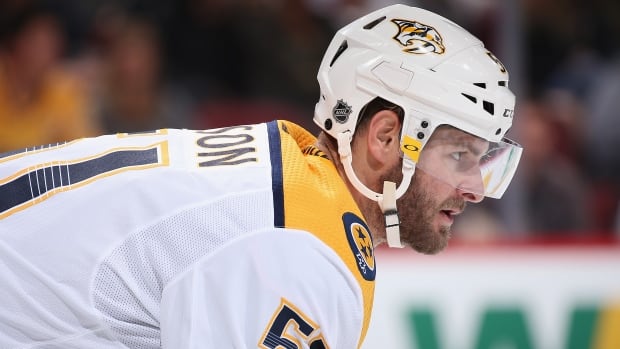 The Ottawa Senators acquired winger Austin Watson from the Nashville Predators on Saturday in exchange for a fourth-round pick in the 2021 NHL draft.

The six-foot-four, 204-pound Watson was reinstated by the NHL in March 2019 after he entered the follow-up phase of the league’s substance abuse program.

He started that season suspended and was banned again Jan. 29 as he entered the second stage of the league’s substance abuse and behavioural health program.

The Predators said in a statement at the time that they would have no further comment on Watson’s reinstatement “because of the personal nature” of the situation and due to their “exclusive focus on Austin and his family’s well-being.”