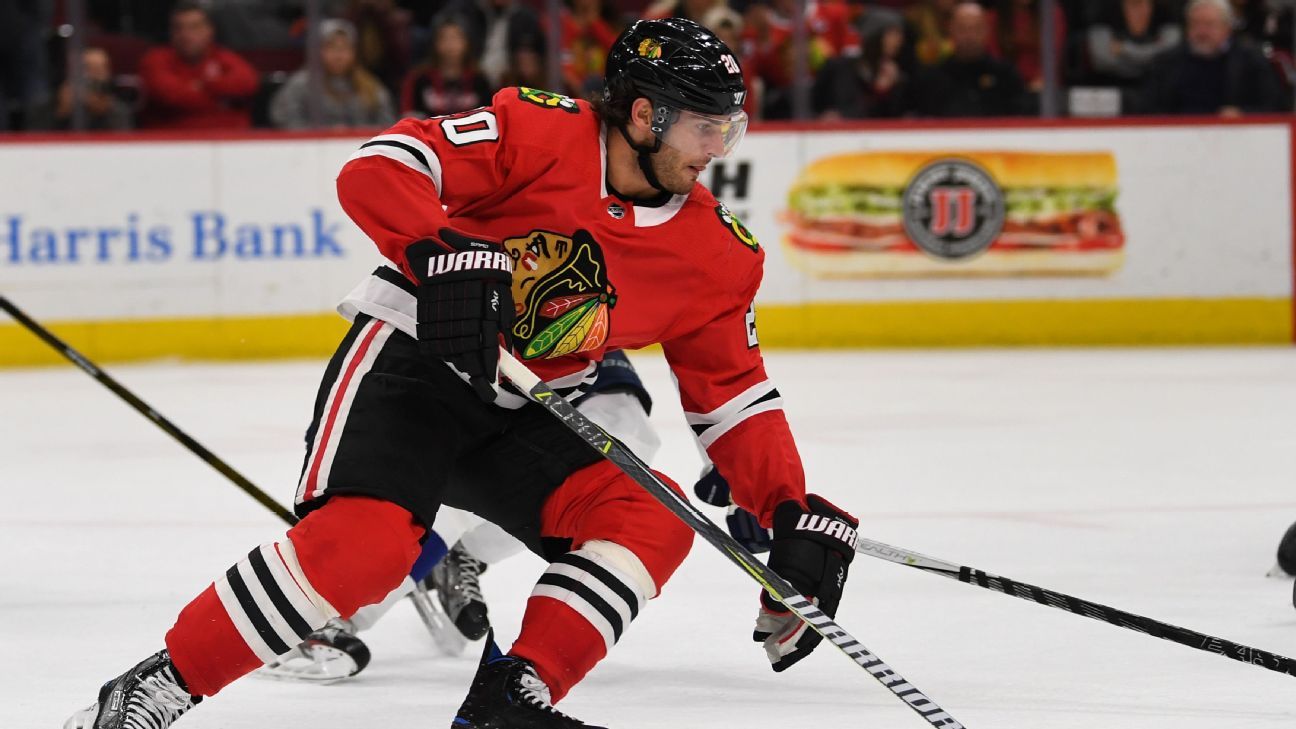 DENVER — The Colorado Avalanche acquired rugged winger Brandon Saad in a multiplayer trade with the Chicago Blackhawks on Saturday.

Colorado sent defensemen Nikita Zadorov and Anton Lindholm to Chicago for Saad and defenseman Dennis Gilbert. The Blackhawks also will retain $1 million of Saad’s $6 million salary for next season.

Zadorov was a restricted free agent, but Chicago said he signed his qualifying offer of $3.2 million prior to the deal. Lindholm’s two-way contract has a salary-cap hit of $742,500, and it runs through the 2020-21 season.

Saad had 21 goals and 12 assists in 58 games last season in the third year of his second stint with Chicago. He was selected by the Blackhawks in the second round of the 2011 draft and helped the team win two Stanley Cup titles before he was traded to Columbus in June 2015.

Saad, 27, has 169 goals and 178 assists in 588 games with the Blackhawks and Blue Jackets. He also has made 81 career postseason appearances, collecting 18 goals and 24 assists.

“In Brandon we are acquiring a two-time Stanley Cup champion who brings veteran leadership and experience to our team. He is a proven goal scorer and at age 27, is in the prime of his career,” general manager Joe Sakic said in a release. “We are also adding a sturdy, young defenseman in Dennis who plays a physical game and will help our depth on the blue line.”