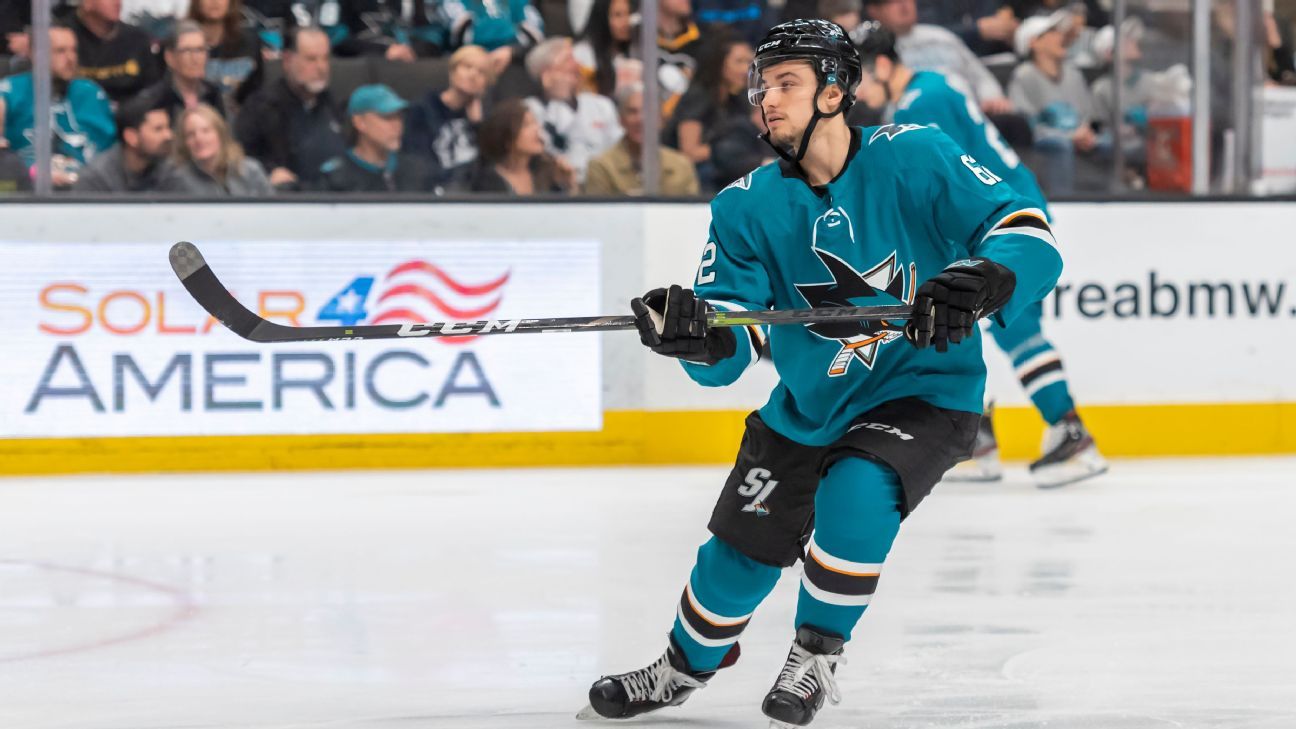 More than a year after taking a team-friendly contract to help the San Jose Sharks, Kevin Labanc is finally cashing in.

Labanc signed an $18.9 million, four-year deal Saturday that carries an annual salary-cap hit of $4,725,000. That’s a significant raise from the $1 million he made last season after putting up a career-high 56 points.

“I just gambled on myself,” Labanc said. “It has nothing to do with ’18-19. I know I’m a top-six forward and I know that I can produce and be a good player and help this team out and help this team reach new heights this upcoming year.”

Labanc’s production went down to 33 points last season as he struggled along with the rest of the Sharks, who finished third worst in the NHL. He was a playoff hero and had nine points in San Jose’s 2019 run to the Western Conference final, which is why his low-money contract that summer raised eyebrows.

Getting almost $5 million a year for the next four seasons makes more sense. The Sharks have more financial flexibility now after a down year and didn’t forget what Labanc and his camp did to try to keep them cap-compliant last season.

“Do you remember it? Yes, of course you do,” general manager Doug Wilson said. “But it’s extremely rare in this league to have a 23-year-old kid score 56 points like he did, so we know the skill sets that he has. We all got to see his playoff performance and what we all witnessed.”

Labanc had a hand in all four goals of the Sharks’ memorable third-period comeback in Game 7 against Vegas in the first round in 2019.

But Wilson insists this contract is more about what Labanc could do through 2024 than what he did back then. Labanc is just 24 and is an important young piece of the Sharks’ core.

“It’s about where you’re going,” Wilson said. “This is forecasting Kevin Labanc to be a 60-point scorer for the next four years.”

That’s a high expectation for Labanc, of Staten Island, New York — who has already overperformed his status as a sixth-round pick in the 2014 draft. But coach Bob Boughner said he likes Labanc’s creativity at 5-on-5 and on the power play, and this contract is another incentive for a player who embraces pressure.

“I look at pressure as a privilege,” Labanc said. “You work your whole life to get to this point in your career and the best way to handle pressure is by attacking it, and that’s what I plan on doing this season.”

Labanc has 149 points on 50 goals and 99 assists in 284 career regular-season NHL games. The Sharks aren’t worried about his numbers falling last season and think it could actually help in the next few years.