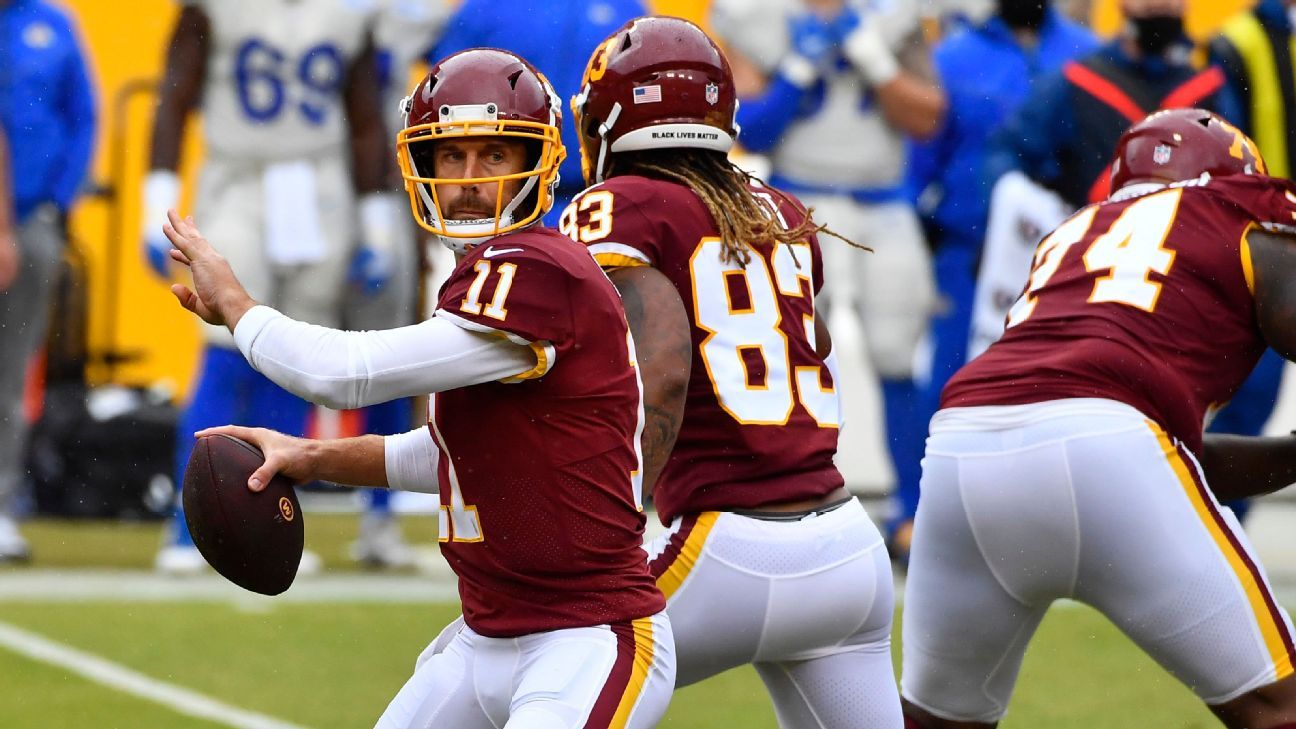 Smith entered the game Sunday at the two-minute warning in the second quarter after Kyle Allen was hurt on a third-down scramble against the Los Angeles Rams. Allen took a shot at the end of his run and after he got up he was immediately escorted to the trainer’s tent to get looked at by doctors.

Allen was taken into the locker room for further examination. He was cleared to return in the second half, but Smith stayed in for the remainder of the 30-10 loss.

It marks the first time Smith has been in a game since breaking the fibula and tibia in his right leg on Nov. 18, 2018, against the Houston Texans. Smith required 17 surgeries to repair the injury and to fight an infection that nearly caused doctors to amputate his leg.

Smith had a titanium rod inserted in his leg, and doctors have told him there’s no more risk for him than for other players. However, those other players aren’t coming back from what Smith has, nor have they participated in a documentary — an E:60 special dubbed “Project 11” — that showed the gruesomeness of the injury.

Several members of the organization wondered in the offseason, after seeing that documentary, what doctor would clear Smith, 36. Eventually the answer was this: his own doctors. And then Washington’s. But since training camp opened, Smith hasn’t been hit the way he would be in a game.

Washington had strongly considered putting Smith on injured reserve to open the season, but he made a strong pitch to the coaching staff that he not only wasn’t hurt anymore, but that he wanted to play — and wasn’t returning just to prove he could do it.

In late July, one source said Smith’s name was not coming up much in meetings when discussing plans for the season. However, his team of doctors cleared him on July 25, right before he was supposed to report to Washington for workouts. He steadily progressed and was cleared by the team Aug. 16 to return to full football activity.