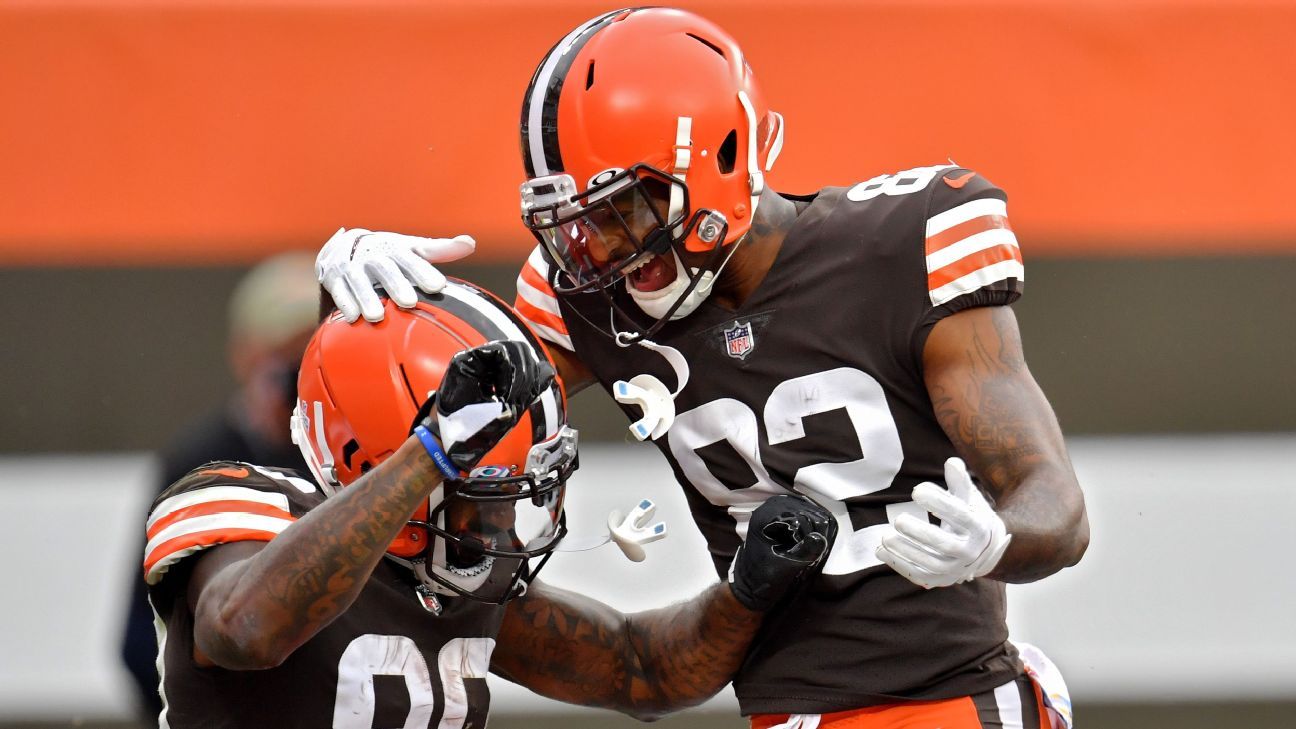 With Sunday’s 32-23 victory over the Indianapolis Colts, Cleveland moved to 4-1 for the first time since 1994. The Browns went on to finish 11-5 that season to make the playoffs, defeating New England in the wild-card round. But following a losing season a year later, then-owner Art Modell relocated the franchise to Baltimore and fired Belichick.

Sunday at FirstEnergy Stadium, Cleveland delivered one of its biggest victories since.

The Browns dominated the first half offensively, then forced Colts quarterback Philip Rivers into a pair of critical mistakes in the second, resulting in nine defensive points.

“We’re coming together as a team,” said defensive end Myles Garrett, who was on the notorious 0-16 Browns team as a rookie in 2017. “Doing it all in every phase.”

Indianapolis’ defense entered the weekend ranked No. 1 in the league in fewest yards allowed with 236 per game. Yet even with starting running back Nick Chubb sidelined by a knee injury, Cleveland rolled up 284 yards in the first half alone and scored on all four possessions before halftime, with wide receivers Jarvis Landry and Odell Beckham Jr. propelling both touchdown drives with a series of spectacular receptions.

“That’s the trust I have in those guys. Very talented players,” said quarterback Baker Mayfield, who wasn’t even alive yet in 1994. “Even if they’re covered, it’s one-on-one — we trust them to win those matchups.”

Mayfield suffered a rib injury in the fourth quarter of Sunday’s game but X-rays came back negative.

In the second half, Cleveland’s defense turned it on, as Ronnie Harrison Jr. intercepted Rivers for a 47-yard pick-six on the opening possession. Then in the fourth quarter, Garrett forced Rivers into an intentional grounding from the end zone, giving the Browns a safety and a 29-20 lead.

Cody Parkey‘s game-clinching, 46-yard field goal with 21 seconds to go gave Cleveland 30-plus points for a fourth consecutive game for the first time since 1968.

“Very special,” Landry said of the Browns’ four-game winning streak. “We continue to take strides each and every week.”

Cleveland returned to the NFL in 1999 — one year before Belichick took over the Patriots — but has made the playoffs only once since. The Browns own the league’s longest active postseason drought at 18 years.

“I think we have a ways to go,” said Stefanski, who already has more wins in a month as Cleveland’s head coach than the Browns had combined from 2015 to 2017. “We’re in this to win it. We know that. Every week we’re trying to win these games, and they’re going to be hard. … But we’ll celebrate this one first.”