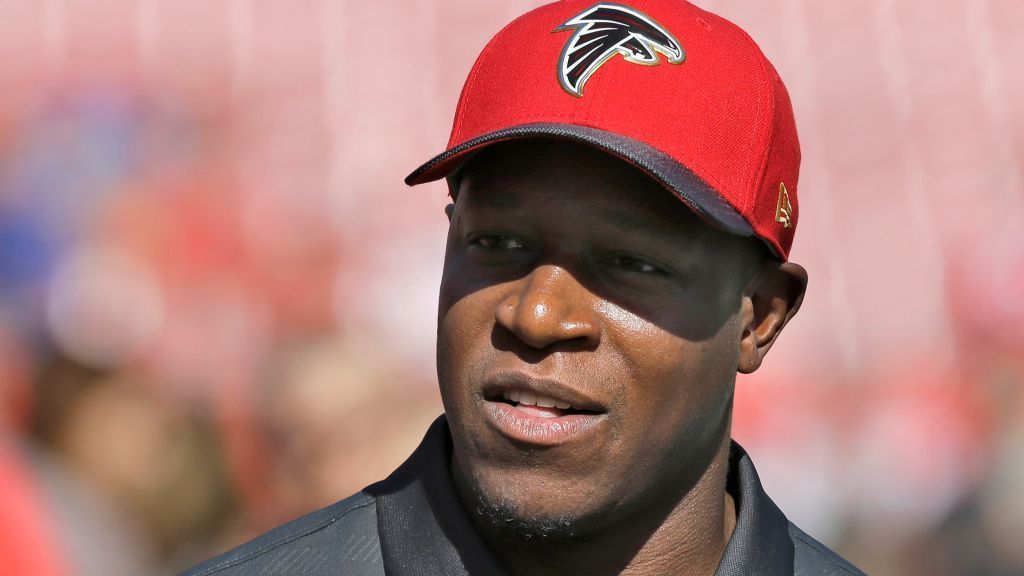 Morris has coached on both sides of the ball in Atlanta. He was the head coach of the Tampa Bay Buccaneers from 2009 to 2011, finishing with a 17-31 record. Now he takes over an 0-5 Falcons team.

“Raheem is a strong leader and a talented coach that has adapted to a variety of roles since joining the Falcons in 2015,” said Falcons president and CEO Rich McKay in a statement. “He has experience as a head coach and has worked on both sides of the ball. We felt that combined with his connection to the players and coaching staff, which will be an important factor as we move forward in 2020, he was the right person to give this responsibility to.”

Morris, who switched from coaching wide receivers last season to working with the defensive backs, was credited with helping the Falcons’ dramatic turnaround in 2019 following a 1-7 start. The team closed the season 6-2 to finish 7-9, essentially saving Quinn’s job for one more season.

Some viewed Morris, 44, as a potential head-coaching candidate this past offseason. One NFC team even inquired about bringing him in for an interview, although Morris never interviewed with any team.

Both Falcons owner Arthur Blank and Quinn gave Morris their blessing to pursue head-coaching opportunities, even after Morris was named the team’s defensive coordinator for 2020.

“I always believe that you want to support people in the NFL,” Blank told ESPN in the offseason, regarding Morris. “The NFL is a big fraternity in many ways. You have individuals that deserve an opportunity. And if they get it, you want to give it to them.

“I think Raheem is a very fine coach. He’s been coaching for 17 years now. I think he was part of the reason for our success in the second half of last year.”

Now Morris has the challenge of trying to inject life in a Falcons team that is 0-5 for the first time since 1997. Problems exist on both sides of the ball, with the defense surrendering 32.2 points and 446 yards per game, and an offense struggling to find the end zone on a consistent basis. Not to mention the Falcons had a well-publicized special-teams gaffe: a failed onside kick recovery in Dallas that resulted in a 40-39 loss to the Cowboys.

It is unclear if Morris will continue his defensive coordinator duties. Assistant head coach/linebackers Jeff Ulbrich shared the defensive playcalling with Morris during the second half of last year.

The Falcons are the first team in league history to blow 15-plus-point, fourth-quarter leads in multiple games during a single season.

The Falcons, whose 23-16 home loss to the Carolina Panthers led to the firings of Quinn and Dimitroff, next face the Minnesota Vikings (1-4) on the road Sunday. McKay has assumed the day-to-day oversight of football operations in the interim and will assist Blank in the search for a new general manager and head coach.

The Falcons last started 0-6 during the 1996 season, when they finished 3-13 under June Jones.