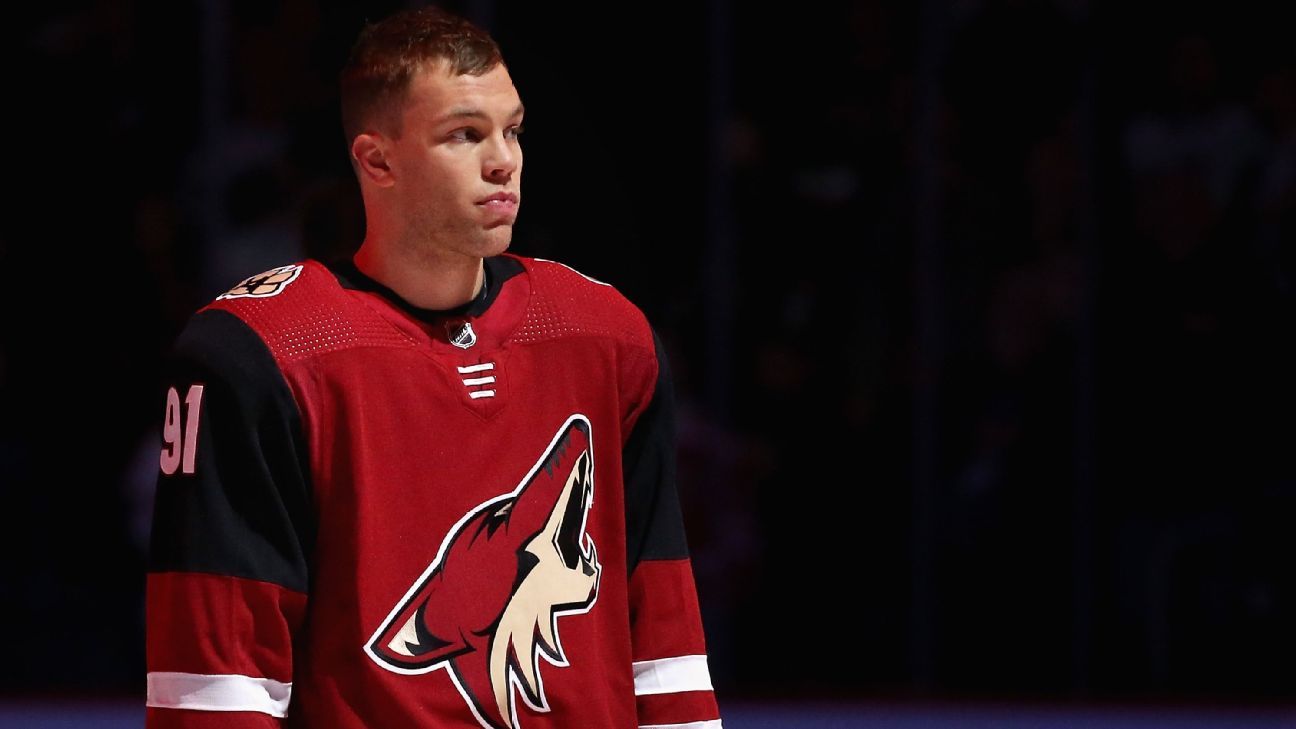 Taylor Hall answered questions about his next NHL destination on Sunday, when he signed a one-year, $8 million contract with the Buffalo Sabres. But that decision led to another mystery: Why choose a short-term deal, and why settle on a franchise that hasn’t been to the Stanley Cup playoffs since 2011?

Hall, 28, said he fielded other free-agent offers, including some multiyear deals. But in surveying the NHL’s economic landscape under a flat salary cap, and with some teams’ internal spending capped due to COVID-19’s impact on revenues, Hall said “it went from wanting a six- or seven-year contract to thinking that a one-year deal might be better for me financially and personally.”

If it was going to be a one-year deal, Hall said the Sabres were always an option.

“When you’re able to look past the smoke that’s surrounded the Sabres the past couple of years, you see a team that has elite players, ownership that’s really committed to building a winner and a coach that I feel can get a lot out of his players,” Hall said during Monday’s introductory news conference, adding that if things go well in Buffalo he could be “a Sabre for a long time.”

The winger indicated there were two individuals that influenced his decision to choose Buffalo: head coach Ralph Krueger and star center Jack Eichel.

Hall said that Krueger “put the bug in his head” about seriously considering Buffalo as a free-agent destination. Krueger had been an assistant coach and a head coach, in the lockout-truncated 2012-13 season, for the Edmonton Oilers when Hall was there. Hall said he spoke with Krueger on FaceTime over the weekend. “I could just see it in his face that he really wanted me there. And it’s a good feeling to be wanted,” he said.

As for Eichel, the 23-year-old center who had 78 points in 68 games last season, Hall said the chance to play alongside the young star was a lure to sign with Buffalo.

“There’s no doubt about that him being there is a big reason I chose Buffalo. He’s an amazing hockey player. I think that he took a great step last year. Now it’s about [whether] we can find a way to get him into the playoffs, and have him produce on a stage that I think he deserves,” Hall said, adding that he’s been given no assurances by Krueger that he’ll play on Eichel’s line.

While Hall has an accomplished NHL résumé — including the 2018 Hart Trophy as league MVP — last season’s split campaign between the New Jersey Devils and Arizona Coyotes produced his lowest offensive output in four seasons. A year skating with an elite center like Eichel is a good bet to improve those stats.

“I don’t want to call it a ‘prove it’ deal but a little bit of a ‘show me’ deal,” Hall said. “When you sign a one-year contract, you’re obviously betting on yourself. I’m betting on the fact that I think the Sabres can improve and have a good hockey season. I truly believe that. If I didn’t, I wouldn’t be here.”

While the Sabres were appealing to Hall, he said that the economic realities of the NHL were a huge factor in going to Buffalo on a one-year deal. The short-term contract will put Hall back on the open market next offseason, when the revenue impact of the coronavirus is hopefully lessened. The NHL’s premiere offensive free agent in 2020, Hall said he could feel the constraints of the league’s current fiscal state as the market opened officially last Friday.

“It was a little bit eye-opening, not just for me but other [free agents] around the league, not seeing the term that they wanted. The flat salary cap, and some teams have internal salary caps as well … it’s the way it goes. I can’t sit here and complain. I’m playing hockey next year and my salary is $8 million. I don’t have a lot to complain about,” Hall said.

“This was the best play for me. We’ll see where it takes me.”