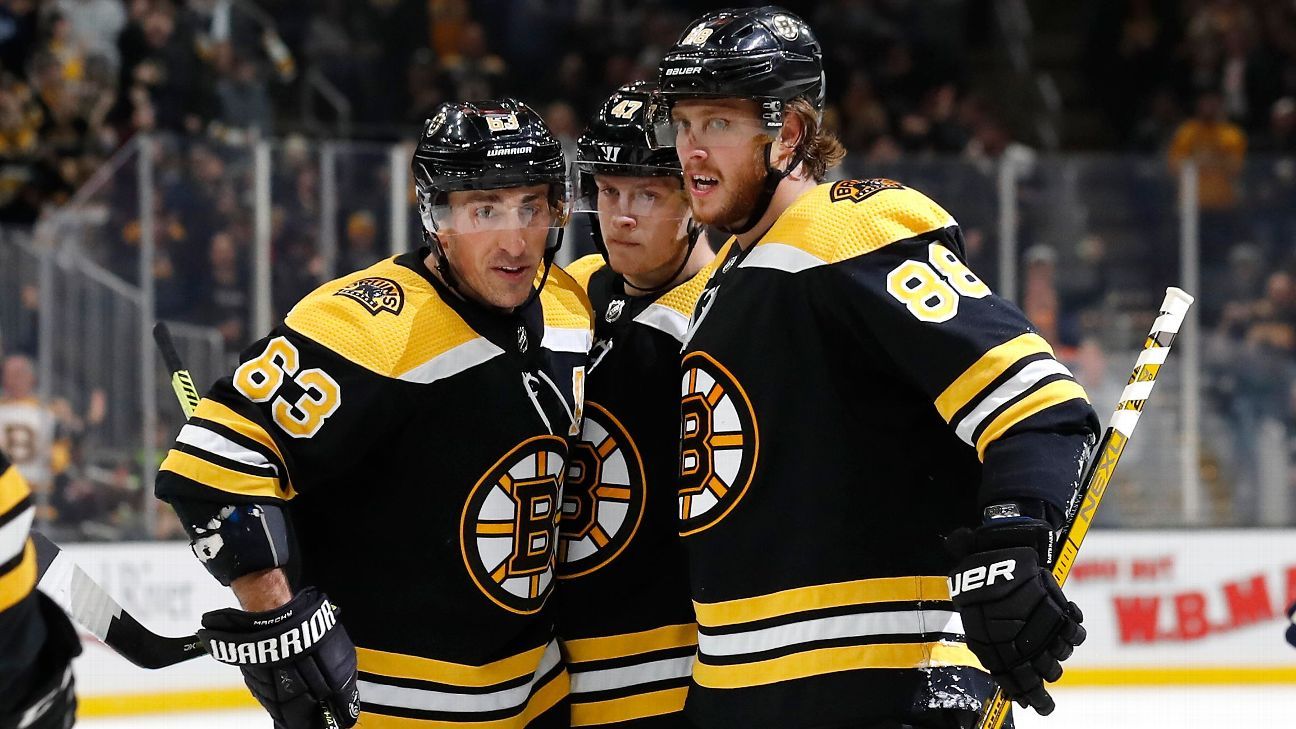 Boston Bruins stars Brad Marchand and David Pastrnak underwent offseason surgeries that could have them out of the lineup for the start of the 2020-21 NHL season.

The team announced that Pastrnak underwent a right hip arthroscopy and labral repair on Sept. 16. He’s on target to make a full recovery in approximately five months from the date of the procedure. Pastrnak, 24, tied for the NHL lead with 48 goals last season.

Marchand, his linemate, underwent a sports hernia repair on Sept. 14. The Bruins said he’s expected to make a full recovery roughly four months from the date of the procedure. Marchand, 32, had 28 goals and 59 assists last season.

The Bruins also announced that defenseman Charlie McAvoy underwent a right knee arthroscopy on Sept. 8. He has been cleared to resume normal offseason activities, and there’s no issue with his status for next season.