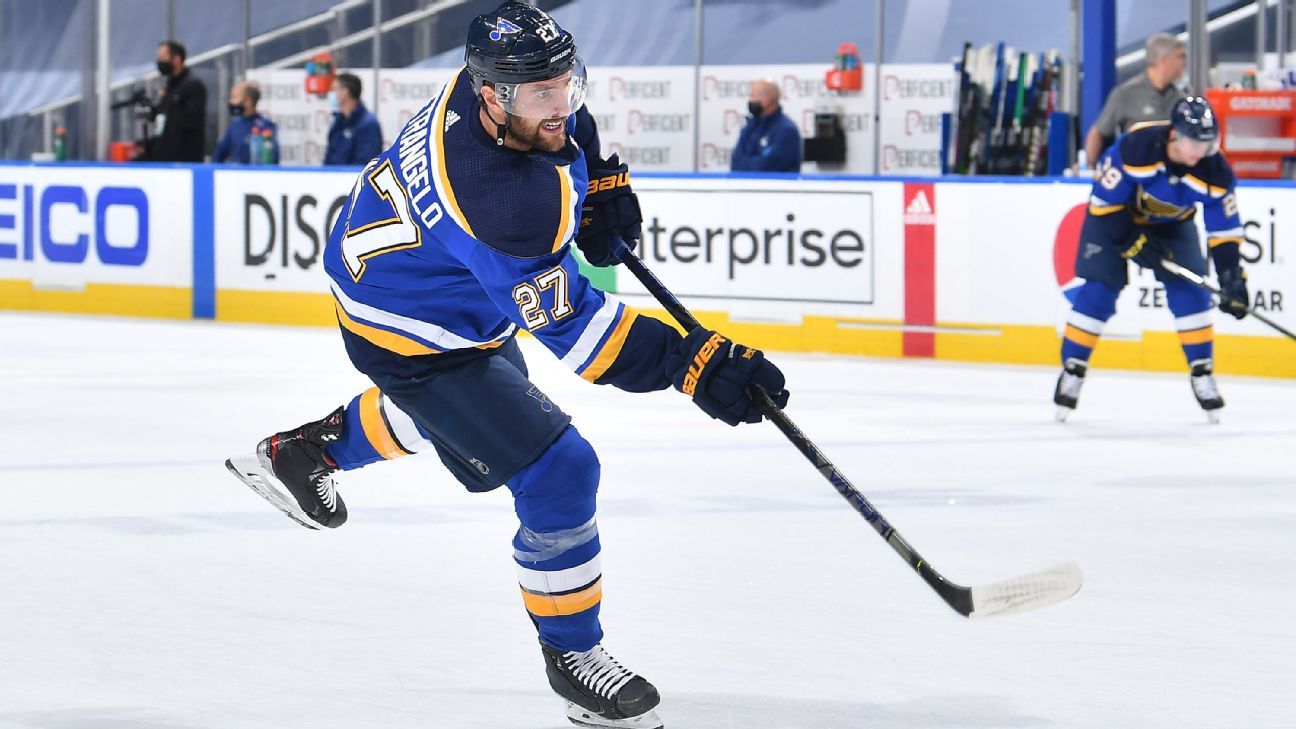 Defenseman Alex Pietrangelo, seen as the top free-agent prize in the NHL this offseason, signed a seven-year deal worth $8.8 million a year with the Vegas Golden Knights on Monday.

The deal, which is worth a total of $61.6 million and includes a no-movement clause, was announced by the team.

Pietrangelo’s $8.8 million annual salary-cap hit through 2027 — the fifth-biggest cap hit for a defenseman in the NHL — is causing the Golden Knights to shuffle the deck to fit him in. Adding the top free agent available gives Vegas another big-money talent, but the team needed to make another move to shed salary just to add him under the $81.5 million salary cap.

Before registering Pietrangelo’s contract, the Golden Knights traded defenseman Nate Schmidt to the Vancouver Canucks for a 2022 third-round pick, clearing his $5.95 million cap hit off the books.

General manager Kelly McCrimmon said that trading a well-liked veteran like Schmidt, an original Golden Knight, was a difficult but necessary part of the equation.

After already sending center Paul Stastny to the Winnipeg Jets, the team likely needs to make another move, such as trading goaltender Marc-Andre Fleury, to be cap-compliant when next season starts.

“Alex was interviewing us. He was extremely well prepared. He had been in conversation with a lot of people about our organization,” said McCrimmon, who took Pietrangelo and his wife, Jayne, on a tour of the team’s facilities and to a meeting with owner Bill Foley. “It was a really a good day. It was easy conversation. It was clear to see how anxious he is to continue to win. He made the comment that winning the Stanley Cup has made him hungrier to do it again. So the commitment to winning is certainly a really big factor in his choosing to come here in this stage of his career.”

Pietrangelo was drafted fourth overall by the St. Louis Blues in 2008. They are the only NHL team for which he has played, with Pietrangelo serving as their captain since 2016 and helping the team to its first Stanley Cup in 2019.

Pietrangelo’s time with the Blues was effectively over after they signed free-agent defenseman Torey Krug, formerly of the Boston Bruins, to a seven-year, $45.5 million contract Friday.

“We had some really good conversations and we just couldn’t get anything done,” said Blues general manager Doug Armstrong, who said the team offered Pietrangelo a maximum-length, eight-year contract extension. “There’s no good or bad person in this. It’s just the business side of it.”

The Blues previously offered Pietrangelo an average annual salary of $8 million at varying lengths of a deal, including an eight-year contract. But Pietrangelo reportedly wanted a no-movement clause and signing bonus built into the latter years of the contract in case his deal was bought out.

The 30-year-old had a career-high 16 goals plus 36 assists in 70 games during the 2019-20 regular season and one goal and five assists in nine postseason games as the Blues were eliminated in the Western Conference quarterfinals by the Canucks. He finished fourth in Norris Trophy voting and is one of the best right-shooting defensemen in the league.

Pietrangelo has 109 goals and 341 assists for 450 points in 758 regular-season NHL games. He had a postseason-best 16 assists and averaged almost 26 minutes of ice time during the Blues’ Cup run.

“He has been a stalwart player for us, for this team for a number of years,” Armstrong said. “A huge part of a championship-caliber team. He’s going to go down so far as one of the best Blues ever.”

Information from ESPN’s Greg Wyshynski and The Associated Press was used in this report.