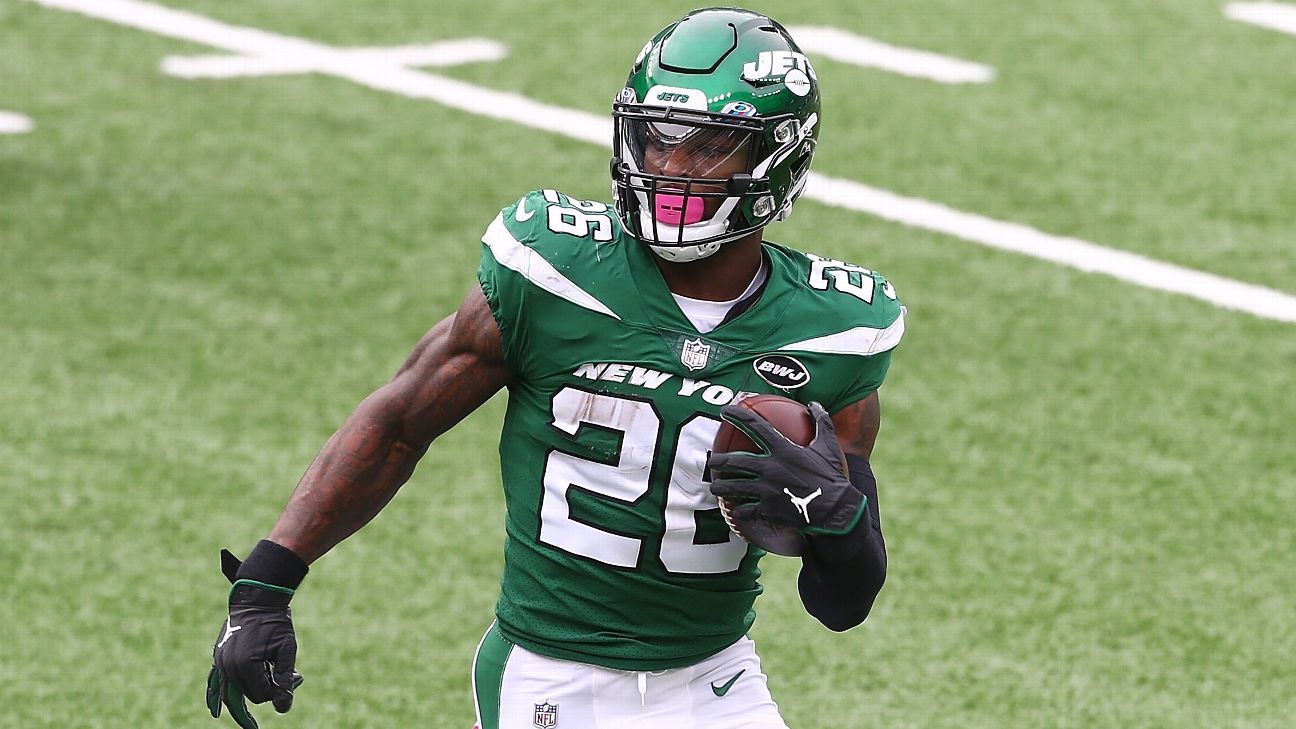 The New York Jets‘ rocky relationship with Le’Veon Bell came to an abrupt end on Tuesday when the team announced it had released the running back.

It concluded a 19-month tenure that was filled with disappointment and broken promises. Bell, who arrived as a marquee free agent in 2019, never clicked with coach Adam Gase, who opposed the signing from the outset.

“After having conversations with Le’Veon and his agent and exploring potential trade options over the past couple of days, we have made the decision to release Le’Veon,” the team said in a statement. “The Jets organization appreciates Le’Veon’s efforts during his time here and we know he worked hard to make significant contributions to this team. We believe this decision is in the best interests of both parties and wish him future success.”

As a vested veteran, Bell is not subject to waivers. He will be a free agent at 4 p.m. ET Wednesday.

Bell shared his thoughts on Twitter shortly after the announcement when he tweeted the praying-hands emoji.

Frustrated by his lack of involvement in the offense, Bell met with Gase and general manager Joe Douglas on Monday, a source said. They told Bell they would explore a trade, and they gave his agent permission to speak with other teams.

The Jets contacted every team but found the contract was difficult to move. They were willing to eat some of the $6 million remaining on his 2020 base salary, but the sticking point was an $8 million injury guarantee in 2021, a source said. No team wanted to take on that much risk, fearing a serious injury this season.

In the end, neither did the Jets. They could’ve continued to shop him until the Nov. 3 trading deadline, hoping to recoup a late-round pick, but they too were wary of the injury guarantee, knowing they were planning to cut him in the offseason.

The Jets are responsible for the remaining $6 million on Bell’s 2020 base pay, but there’s an offset clause that will defray it by the amount of the salary on a new contract with his next team.

Bell tweeted that he is prepared for a new opportunity.

got a lot to prove. i’m ready to go. pic.twitter.com/oDqBM62JfN

The breaking point in the relationship came Sunday, when Bell was upset with his role in the Jets’ 30-10 loss to the Arizona Cardinals. Afterward, he declined media interview requests, but he took to Twitter and “liked” comments from media members who suggested he was being misused and should be traded.

That upset Gase, who told reporters on Monday, “I hate that that’s the route we go with all this instead of just talking about it, but it seems that’s the way guys want to do it nowadays.”

Bell has been a disappointment since he signed a four-year, $52.5 million contract last year, as he has averaged only 3.3 yards per carry with the Jets — 51st out of 53 qualifying runners in the NFL during that span.

In 17 games with the Jets, Bell rushed for 873 yards and three touchdowns. He was hurt by mediocre line play and a system that didn’t cater to his strengths as a versatile player.

Bell was signed by former general manager Mike Maccagnan, who wanted to add a weapon to help the development of quarterback Sam Darnold. As it turned out, Maccagnan was fired two months after the signing. Darnold has regressed, and the Jets are 0-5 with the NFL’s lowest-scoring offense.

This was the second time in four months that a high-profile Jet wanted out of New York. In July, All-Pro safety Jamal Adams and the team were involved in a contract dispute. The Jets eventually traded Adams to the Seattle Seahawks. Adams was critical of Gase’s leadership on the way out.

At the time, Bell was critical of Adams for bailing on the Jets, and he attacked Adams on social media.

Bell expressed frustration at various points last season, but he refocused in the offseason and came to training camp in the best shape of his career, he said. He dropped more than 20 pounds since last season. Admitting he was complacent in 2019, Bell vowed to deliver a career year.

Gase muddied the situation by signing one of his favorite players, Frank Gore, in a move that might have further alienated Bell. Sure enough, there was a disagreement in training camp after Gase removed Bell from an intrasquad scrimmage. Gase said Bell reported a tight hamstring, and the coach didn’t want to risk an injury.

Bell went on Twitter and basically called Gase a liar, prompting a long sit-down between the two.

Bell returned to the lineup on Sunday and carried the ball 13 times for 60 yards. He was targeted only once in the passing game.

On numerous occasions, Gase talked about getting Bell more involved as a receiver.

On Sunday, rookie running back La’Mical Perine saw no action. Bell’s departure should create playing time for Perine, who will share the workload with the 37-year-old Gore.