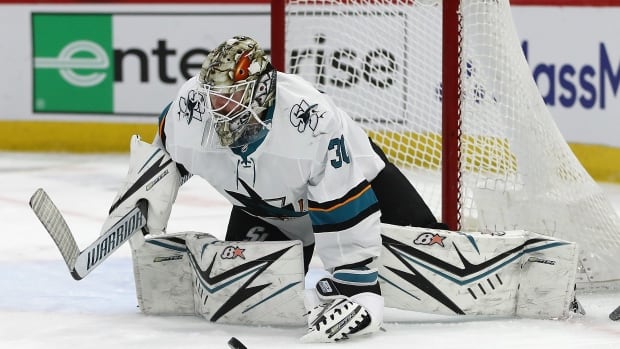 The Toronto Maple Leafs have added some insurance in net, signing veteran goaltender Aaron Dell to a one-year, $800,000 US contract.

The team made the announcement on Tuesday.

Dell spent three seasons with the University of North Dakota and was never drafted before eventually signing with San Jose as a free agent in 2015.

Toronto currently has starter Frederik Andersen and Jack Campbell under contract with the Maple Leafs for the 2020-21 season. The organization also has 22-year-old Joseph Woll and 21-year-old Ian Scott inked to deals, with both expected to be a part of the American Hockey League’s Toronto Marlies.