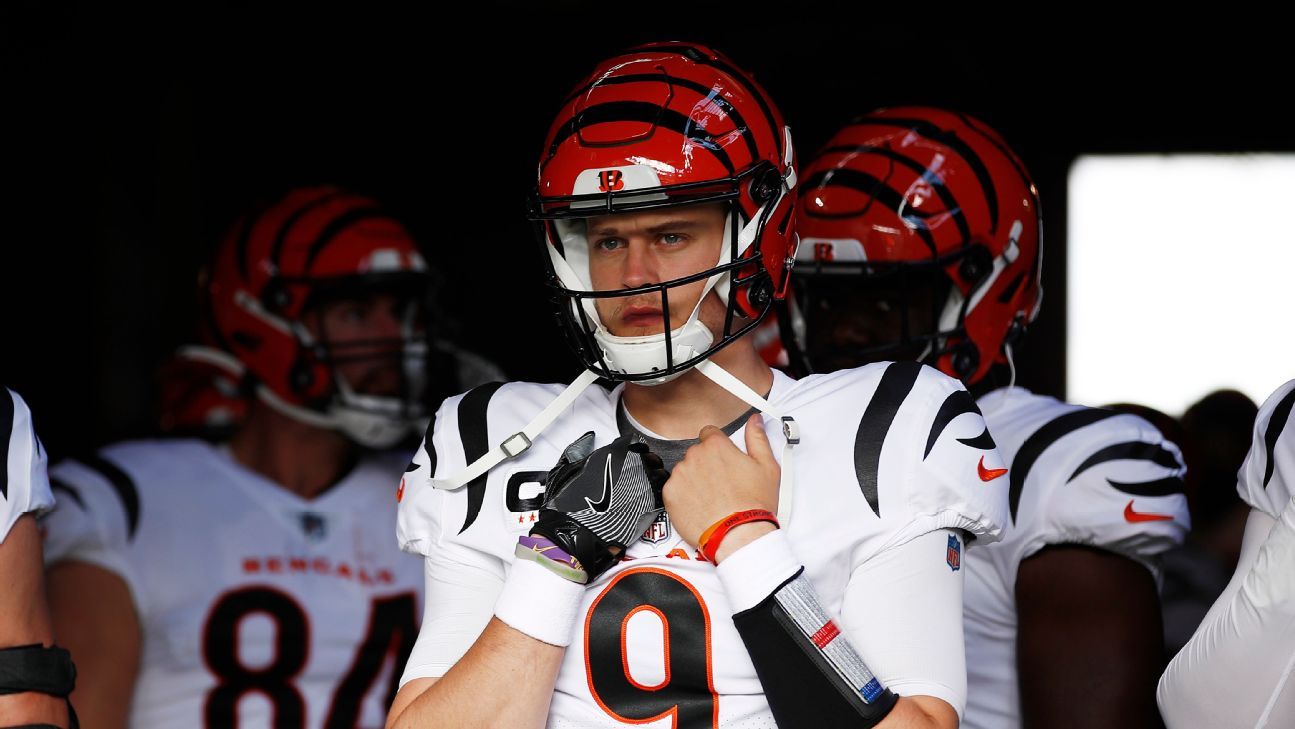 CINCINNATI — Being in a small market might not be so bad after all.

Cincinnati Bengals quarterback Joe Burrow said having limited nightlife options in the city has helped the team keep its number of COVID-19 cases down as positive tests have surged around the NFL in recent weeks.

“Fortunately, there’s not a ton to do in Cincinnati,” Burrow said Wednesday. “Nobody is going out to clubs and bars and getting COVID every weekend. But we’ve been healthy.”

The Bengals (8-6) currently have just one player on the reserve/COVID-19 list — starting cornerback Chidobe Awuzie.

Throughout the season, the Bengals have been careful with players experiencing signs of illness, holding them out for precautionary reasons. The NFL sent a leaguewide memo last week announcing stricter COVID-19 protocols as cases spiked and caused logistical problems.

The Cleveland Browns had their game against the Las Vegas Raiders moved from Saturday to Monday, and two other Week 15 games — Seattle Seahawks–Los Angeles Rams and Washington–Philadelphia Eagles — were postponed from Sunday to Tuesday.

“We’re still a healthy team, which not a lot of people can say at this point of the season,” Burrow said. “We’ve been lucky as far as injuries and COVID.”

The Bengals are tied for the AFC North lead with the Baltimore Ravens (8-6), and they play this weekend in Cincinnati. A Bengals victory would give them a clean sweep over the Ravens this season.

The lack of attractions in downtown Cincinnati hasn’t been lost on local officials.

Within the past decade, the area between the Bengals’ Paul Brown Stadium and the Cincinnati Reds’ Great American Ball Park known as “The Banks” has seen significant development. In March, the city designated areas between both stadiums where open containers of alcohol are allowed on the street. The Andrew J. Brady Music Center, which is adjacent to Paul Brown Stadium, also opened this year.