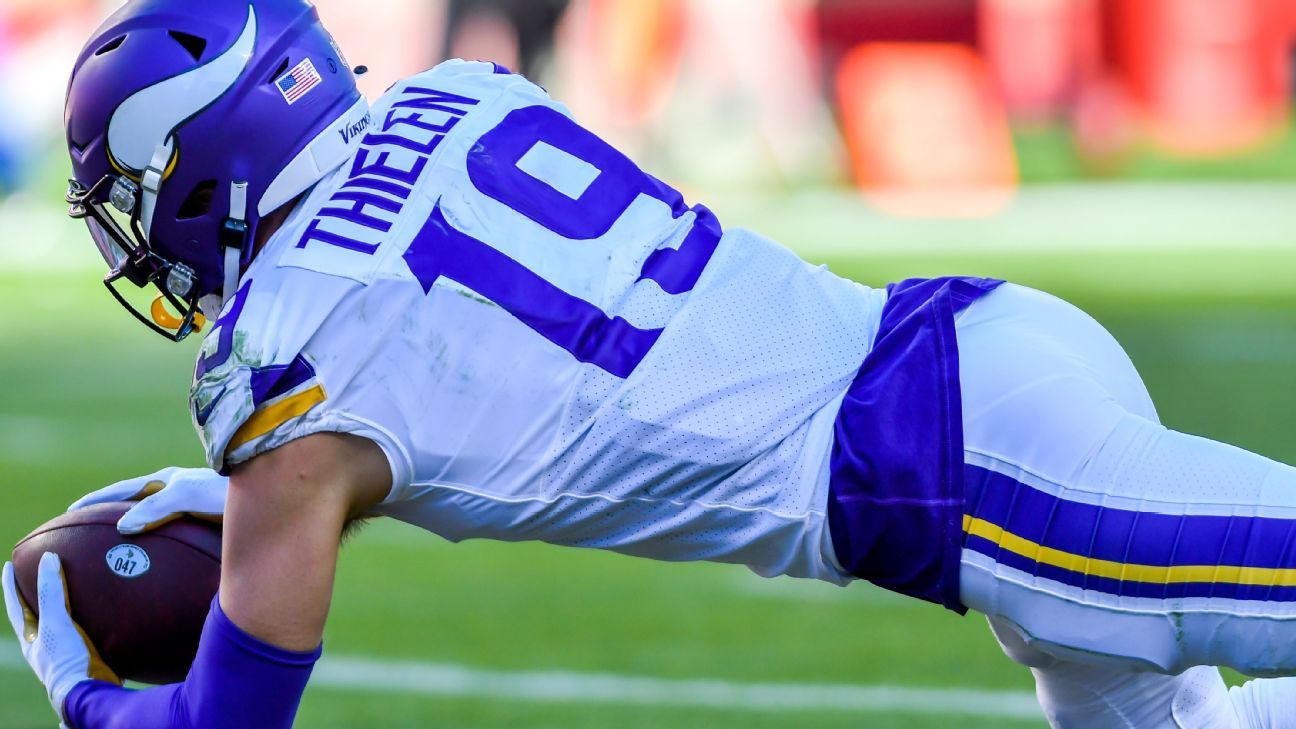 Minnesota Vikings wide receiver Adam Thielen, listed as questionable for Sunday’s game against the Los Angeles Rams due to an ankle injury, is expected to play, a source told ESPN’s Adam Schefter on Saturday night.

Thielen is second on the team with 64 receptions and 686 yards to go along with a team-high 10 touchdown catches. He has played in 12 of 14 games for the 7-7 Vikings this season and is not only a reliable end-zone target for quarterback Kirk Cousins, but also a dependable third-and-long outlet.

Earlier this month, Thielen suffered a high ankle sprain during Minnesota’s 29-27 loss to the Detroit Lions. He injured his left ankle on the Vikings’ first offensive series when he was tackled by Lions cornerback Jerry Jacobs after catching a screen pass on third-and-9.

The wideout fell to the ground and ripped his helmet off before being tended to by athletic trainers. After a short visit to the medical tent on the sideline, Thielen tested out his injured ankle behind Minnesota’s bench but never returned to the field. He was initially listed as questionable to return but ruled out at the start of the third quarter.

Minnesota is still alive in the NFC postseason race and can use as many offensive weapons as it can get against a stingy Los Angeles defense. Thielen returned to practice on Wednesday for the Vikings, building up some momentum.

“Excited about this week and being able to get out here and move around a little bit,” Thielen said at the time.

In his eighth season, all with Minnesota, Thielen, 31, has compiled 461 catches for 5,926 yards. His next touchdown reception will be the 50th of his career.

“I feel really good about where we’re at,” Thielen said Wednesday. “I’ve got really good people around me that have been really helping me. I think we’re on a faster track than most with this injury, so I’m excited about that and the opportunity to get out here and just get back to playing.”