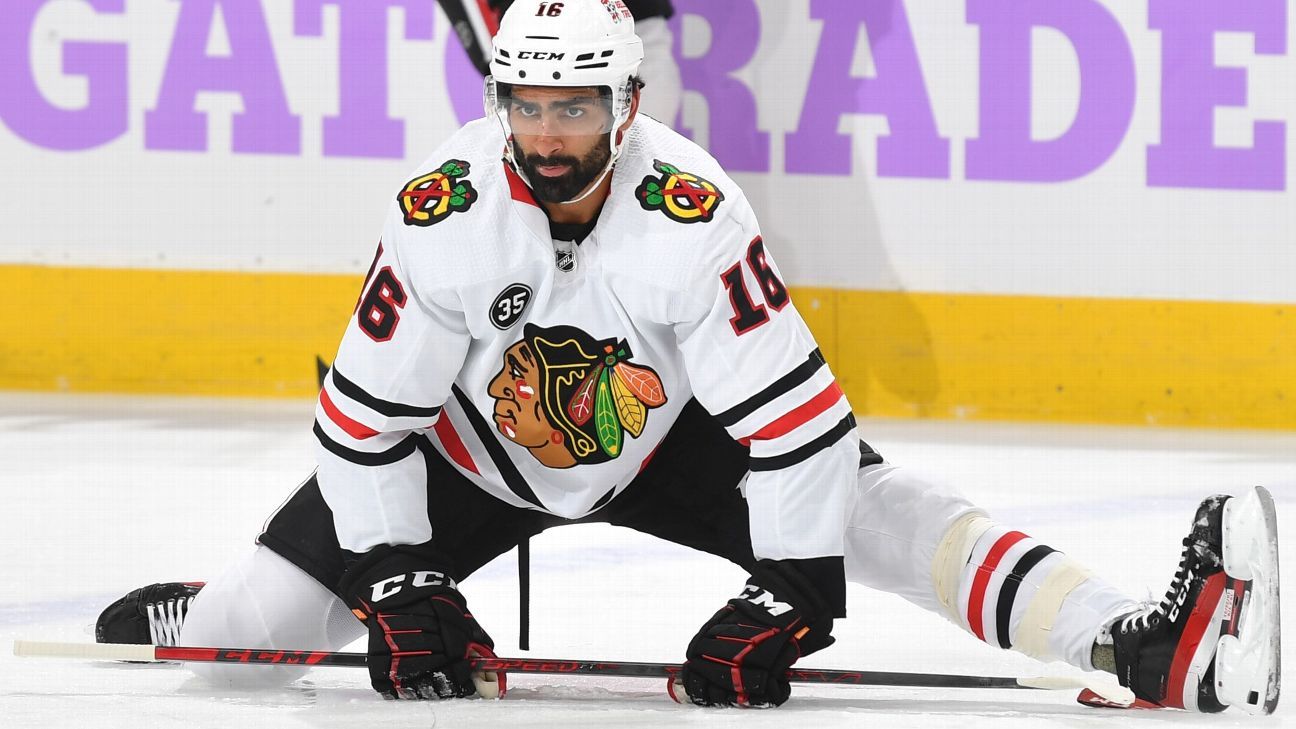 Khaira hasn’t played since he was stretchered off the ice following a big hit by New York Rangers defenseman Jacob Trouba on Dec. 7. Khaira spent the night in the hospital, and the team cited the NHL’s concussion protocol when it placed him on injured reserve.

The Blackhawks’ matchup with the Predators is their first game since Dec. 18.

“Obviously we don’t want to be postponed, but I think the postponement of some of these games have helped some guys, especially a player like [Khaira], who’s coming off the injury,” interim coach Derek King said Tuesday. “So I believe, I’m hoping that he’s ready to go once we get back to work here.”

The 27-year-old Khaira has two goals and no assists in 18 games in his first season with the Blackhawks. He agreed in July to a two-year contract that carries a $975,000 salary-cap hit.

Khaira was selected by Edmonton in the third round of the 2012 draft. He made his debut with the Oilers on Nov. 28, 2015, becoming the third player of Punjabi descent to play in the NHL.

Blackhawks forward Tyler Johnson also is feeling better after he had neck surgery on Dec. 3. Johnson skated after the team practiced on Tuesday.

“I’m not sure over the break if he even did anything. I don’t think he did, so this would probably be the first time,” King said. “It was just nice to see him out there.”

Johnson has one goal and two assists in eight games in his first season with Chicago after he was acquired in a July trade with Tampa Bay.