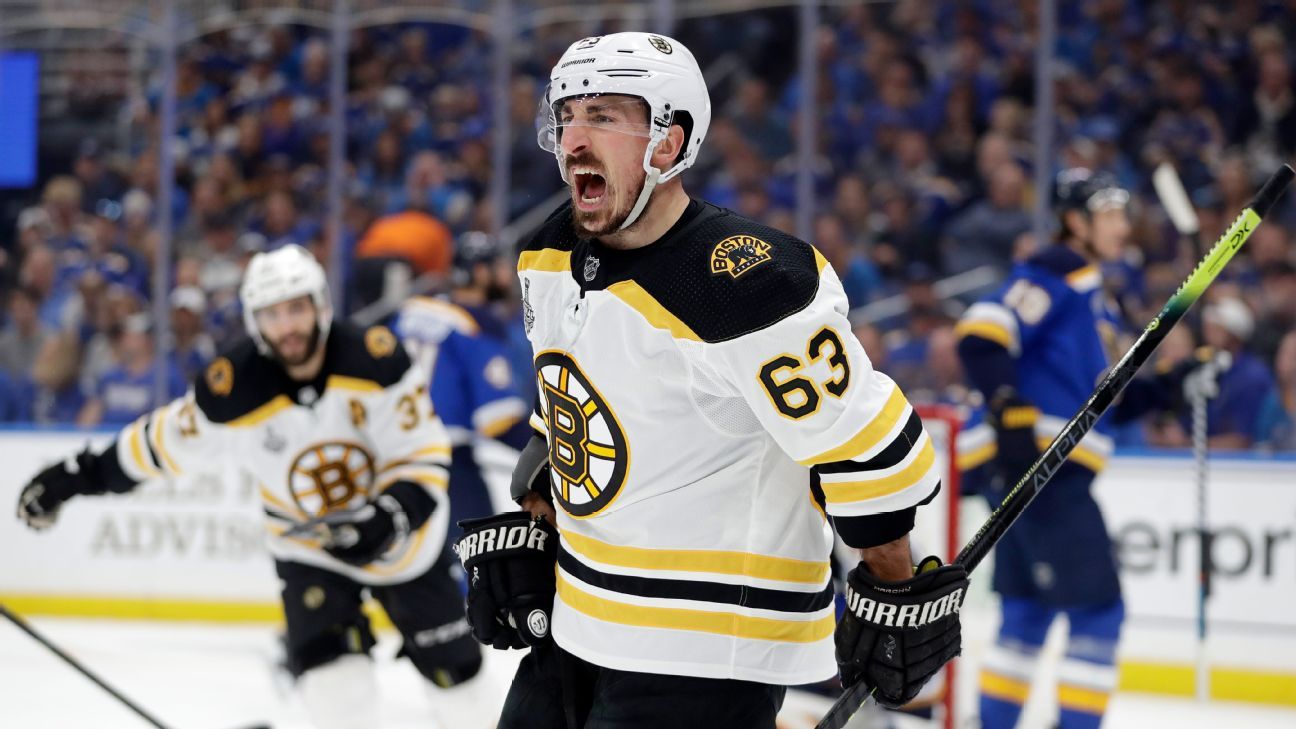 Boston Bruins winger Brad Marchand became one of the most prominent NHL players to openly criticize the league’s decision to opt out of the 2022 Winter Olympics in Beijing because of COVID-19 postponements.

Marchand tweeted a statement on Tuesday that questioned the logic behind the NHL and NHLPA agreeing to add taxi squads to supplement rosters that are missing players thanks to COVID-19 protocols while refusing to do the same during the Olympics. Marchand believes this type of supplemental roster planning wasn’t considered for the Olympics, and that the league could have allowed players to leave for Beijing while teams made up postponed games during what was intended to be an Olympic break.

The NHL and NHLPA agreed to allow players to compete in the 2022 and 2026 Winter Olympics in their latest collective bargaining agreement, which was forged last year.

“The NHL and NHLPA can change the rules of the CBA to add a taxi squad so that they don’t miss any games and don’t lose any money — which has already been agreed upon that the players will pay back in escrow until the owners are made whole from what they have lost during this pandemic, regardless of how many games are missed. Yet they can’t do a taxi squad during the Olympics so they can honor the agreement they made so the NHL players can go [to Beijing],” wrote Marchand.

“Please tell me that’s not bulls—.”

Marchand said the players should have been given the choice to forfeit their pay while competing at the Olympics.

The NHL and NHLPA agreed not to participate in the Beijing Olympics last week, citing a material change in the NHL regular-season schedule due to COVID-19.

“The National Hockey League respects and admires the desire of NHL Players to represent their countries and participate in a ‘best on best’ tournament. Accordingly, we have waited as long as possible to make this decision while exploring every available option to enable our Players to participate in the 2022 Winter Olympic Games,” NHL commissioner Gary Bettman said in a statement.

The NHL has postponed 70 games through Tuesday.

Marchand has also made noise about the NHL’s testing protocols, which were recently tightened to daily testing while other leagues have loosened their testing standards when it comes to asymptomatic vaccinated players.

“We definitely have to get to that,” Marchand said on Sunday. “The NBA is there. The NFL is going there now. We’re going to be next. We have to get there soon. If guys are fine, there’s no reason they shouldn’t be able to play.

“It’s tough. This whole thing’s tough. There’s a valid argument on both sides. This could be the new norm, with the variant coming around every year. It’s something we’re going to have to live with. We can’t be doing this year in, year out. At some point, we have to get back to some normalcy. Guys have done what they’re supposed to do and got vaccinated and all that stuff.”