NASHVILLE, Tenn. — Ryan Tannehill led the Miami Dolphins to a 27-20 win over the Tennessee Titans in the 2018 season opener, the last time the two teams faced off.

A lot has changed since that seven-hour marathon — the longest game in NFL history because of multiple weather delays.

This time around, Tannehill will take the field with a chance to clinch the AFC South division title (1 p.m. ET, CBS) for the Titans (10-5) with a win over the Dolphins (8-7) that could also knock his former team out of the playoffs.

Mike Vrabel on Ryan Tannehill: We want Ryan to be our quarterback for a long time. #Titans pic.twitter.com/gIE54BC7y7

Making a decision on Tannehill was one of the first tasks for Brian Flores when he took over as the Dolphins coach. Miami decided to sign Ryan Fitzpatrick to a two-year deal and selected current starter Tua Tagovailoa with the fifth pick in the draft the following year.

Flores likes what he’s seen from Tannehill since the veteran took over as Titans quarterback in Week 6 of the 2019 season.

“He’s a very good player. Good arm, mobile, command of the offense, makes checks at the line of scrimmage,” Flores said. “He’s had a lot of success with them. [Coach Mike Vrabel] and his staff, that team, they’re a tough, physical group, and Ryan is a part of that. His demeanor, his temperament, the way he goes about things. His toughness, that shows on their offense. That permeates throughout that team. He’s shown leadership.” 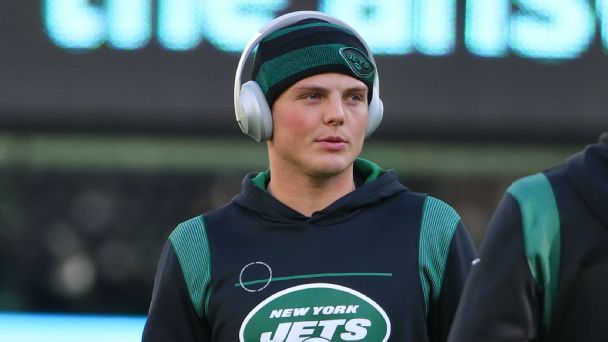 Tannehill was the 2019 NFL Comeback Player of the Year after leading the Titans on a magical ride to the AFC Championship Game. After that season, Tannehill signed a four-year extension with the Titans worth $118 million with $62 million guaranteed.

The Cinderella ride continued in 2020 with Tannehill throwing a career-high 33 touchdown passes and leading the Titans to their first AFC South title since 2008, but Tennessee’s Super Bowl aspirations were crushed in a 20-13 loss to the Baltimore Ravens at home in the divisional round of the playoffs.

Hopes were high this offseason after the Titans acquired wide receiver Julio Jones in a trade with the Atlanta Falcons. The three-pronged attack that featured Tannehill to Jones and A.J. Brown in the passing game along with Derrick Henry in the rushing attack has not materialized, largely because of injury.

Henry was the NFL’s leading rusher before a fractured foot landed him on injured reserve in Week 8. His 937 rushing yards rank sixth among all running backs despite missing the past seven games.

Tannehill’s QBR is nearly 41 points lower without Henry this season. He has also averaged almost two fewer yards per attempt and has taken nearly twice as many sacks.

“He’s done some great things in Tennessee,” said ESPN NFL front-office insider Mike Tannenbaum, who drafted Tannehill as GM of the Dolphins. “He led us to the playoffs in Miami. The thing I like most about Ryan is the times that he hasn’t played well this year, he’ll be the first one to say it. He’s a selfless person with incredible leadership. He’s a better QB like most of them would be with A.J. Brown and Derrick Henry.”

Jones’ nagging hamstring injury has limited him to nine games. Tannehill and Jones have connected 26 times for 376 yards.

Brown, who leads the Titans with 57 receptions for 760 yards and four touchdowns, has been Tannehill’s favorite target over the past few seasons, but Brown has been available in only 11 games.

Tennessee is 6-1 with Brown and Jones on the field together.

After consecutive seasons with at least a 106 passer rating, Tannehill’s rating has dropped to 84.8. Tannehill’s 14 interceptions are one more than the total he had over the past two seasons combined.

“When you’re in this system, the one that comes from the Shanahan tree, so to speak, in the play-action world you’re turning your back to the defense so much,” former NFL QB and ESPN analyst Dan Orlovsky said. “You get to the point that it works so well you don’t ever believe it’s not going to work and you can just rip the ball. That’s what happened for him somewhat this year. When you get three or four bad breaks that’s how you get 14 interceptions.”

#Titans    OC Todd Downing on Ryan Tannehill’s stats not telling the whole story and how they can together elevate everyone’s game around him. pic.twitter.com/FPazyOQoCj

“I know that we’re always looking for yardage and QB rating and all of those things,” Titans offensive coordinator Todd Downing said. “But Ryan has played efficient football, distributing for us in stretches. There have been some of those turnovers or even lack of production that doesn’t fall on his shoulders. Unfortunately, that hurts his stats. Ryan’s the leader of this team. We have a lot of belief in him pulling the trigger at the QB position for us.”

Tannehill struggled in the three games Brown spent on injured reserve due to a chest injury. Over that stretch, Tannehill failed to post a 200-yard passing game and finished with one touchdown pass.

Brown’s return last week was a difference-maker. Tannehill connected with Brown for an 18-yard touchdown in the third quarter. It was Tannehill’s first passing touchdown since Week 12 against the Patriots and snapped a streak of 102 straight pass attempts without a touchdown.

Tannehill has been sacked 45 times. That doesn’t bode well for the Titans as they face a Dolphins defense that leads the NFL with 45 sacks.

There will be times when Tannehill has to take hits from Miami’s aggressive pass rush.

“We can all look back to Thursday night and see that when there is a clean pocket, he made some really good throws,” Vrabel said. “It starts with protection and giving him a pocket to stand in and deliver passes. There are some things that Ryan [Tannehill] has to improve on and that we are going to continue to coach him on, but his toughness is second to none. … Ryan has a very high ability to stand in there and not flinch, and when he takes off and runs, he helps us out.”