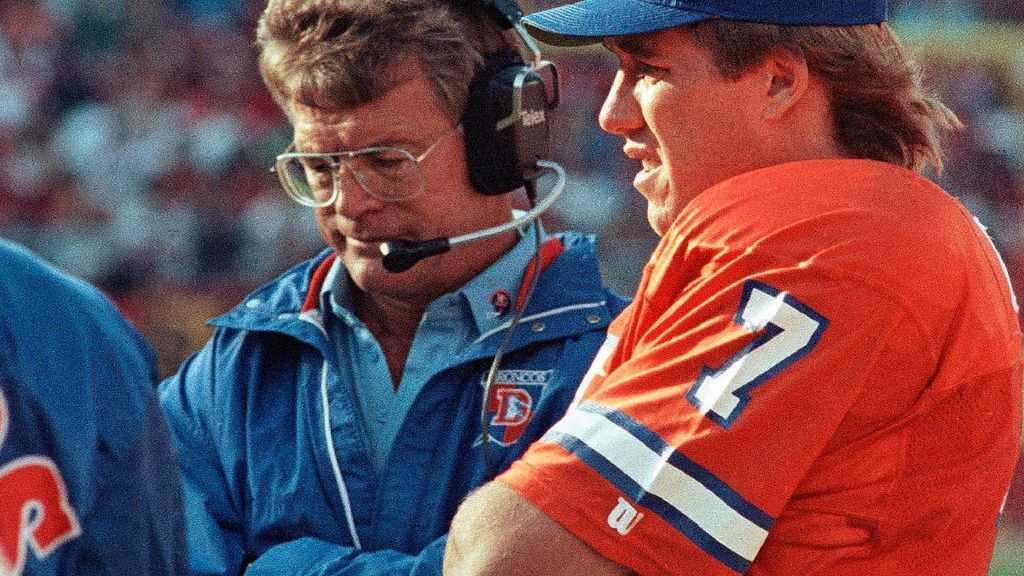 ENGLEWOOD, Colo. — Dan Reeves, who appeared in nine Super Bowls as a player, assistant coach and head coach, died at his home in Atlanta on Saturday. He was 77.

Reeves is one of only 10 coaches to have won at least 190 regular-season games in his career, and he guided two teams — the Denver Broncos and Atlanta Falcons — to the Super Bowl and was the head coach of the New York Giants for four seasons.

With a 201-174-2 NFL coaching record overall, including the postseason, he is one of only nine coaches in NFL history with 200 total wins. His Super Bowl appearances as an individual have been topped only by quarterback Tom Brady and New England Patriots coach Bill Belichick.

“The Denver Broncos are deeply saddened by the loss of legendary Head Coach Dan Reeves,” the Broncos said in a statement. “… One of the winningest coaches in NFL history, Coach Reeves set the foundation for the Broncos’ decade of dominance in the 1980s and championship tradition for years to come.”

Reeves spent 39 years in the NFL from his rookie year in 1965 as a player with the Dallas Cowboys, which kicked off an eight-year career that included the longest completion in the fabled Ice Bowl — a 50-yard touchdown to Lance Rentzel on a halfback pass — and he played in two Super Bowls, including the Cowboys’ win in Super Bowl VI. He was then an assistant coach in three Super Bowls and was a head coach in four Super Bowls, three of those with the Broncos.

Hall of Fame Cowboys coach Tom Landry once called Reeves “the most competitive man I know.” Reeves was inducted into the Broncos’ Ring of Fame in 2014.

“With competitiveness, consistency and a style all his own, he guided the Broncos to three Super Bowl appearances, five AFC West titles and six playoff berths,” the Broncos said Saturday in their statement. “… Reeves coached the Broncos with integrity, character and toughness along with sincere appreciation for his players and coaches. His time with the Broncos was part of a remarkable 39-year career in professional football in which he appeared in the Super Bowl an astonishing nine times as a player or coach. Our hearts and deepest sympathies go out to Dan’s wife and high school sweetheart, Pam; his children Dana, Lee and Laura; his grandchildren and great grandchildren; and the entire Reeves family.”

After a successful four-year stint as the Cowboys’ offensive coordinator — Dallas finished first or second in the league in scoring in three of those years — Reeves was hired by then-Broncos owner Edgar Kaiser in 1981. Reeves, with Hall of Famer John Elway at quarterback beginning in 1983, led Denver to five division titles and three Super Bowls.

In Reeves’ Broncos tenure, the team had a losing record just twice, with one of those being the strike-shortened 1982 season. He was eventually fired by Pat Bowlen and had clashed at times with Elway late in his tenure with the team.

Reeves had fired Mike Shanahan, the offensive coordinator at the time, after the 1991 season, and Bowlen fired Reeves after the 1992 season. Shanahan’s Broncos defeated Reeves’ Falcons in Super Bowl XXXIII to close out the 1998 season.

But Reeves’ entry into the organization’s Ring of Fame, when Elway was the team’s general manager and president of football operations, was a significant step in mending the long feud. At the time, Reeves said he was “thrilled to death I’ll be sharing something” that Elway and Reeves would be in together.

“The football world lost a heckuva coach and man today in Dan Reeves,” Elway tweeted Saturday. “Dan was a winner and I owe a lot to him. My heart goes out to Pam and the entire Reeves family.”

After his time in Denver, Reeves led the Giants for four seasons, including an 11-5 finish in 1993.

“Dan Reeves had a legendary NFL career as both a player and a coach. He made an indelible mark on the League and all of the people he played with, coached and worked alongside,” New York Giants president John Mara said in a statement. “He was one of the finest men I have ever been around in this business. Our deepest condolences to Pam and the entire Reeves family.”

Reeves closed out his coaching career with his seven seasons in Atlanta — he was fired after Week 14 of the 2003 season. The Falcons’ star quarterback, Michael Vick, missed 20 games with injuries over Reeves’ last three seasons. It was Reeves who brokered the deal to bring Vick to the Falcons.

I’m saddened to hear about the passing of my beloved Coach Dan Reeves. He was a great husband, father and mentor to so many. I loved him like a father and he will truly be missed. My prayers are with his family during this time. Love you, Coach. pic.twitter.com/LBUmhqySDE

“Dan Reeves leaves a lasting legacy in our game as a player and coach. His track record of success in Dallas, Denver, New York and Atlanta over several decades speaks for itself, marking a long and successful life and career in football,” Blank said in a statement. “On behalf of the Atlanta Falcons I extend our condolences to Dan’s family and friends as they mourn his passing.”

Current Falcons quarterback Matt Ryan shared some of his memories of Reeves.

“Sad to hear about the passing of Dan Reeves. Amazing career in professional football,” Ryan tweeted. “So glad to have gotten to know him here in Atlanta and so grateful for how nice he always was to my boys when we would see him on Saturday mornings getting bagels. RIP.”

When Reeves was replaced by the Falcons, only Don Shula, George Halas, Landry, Curly Lambeau and Chuck Noll had won more games as a head coach.