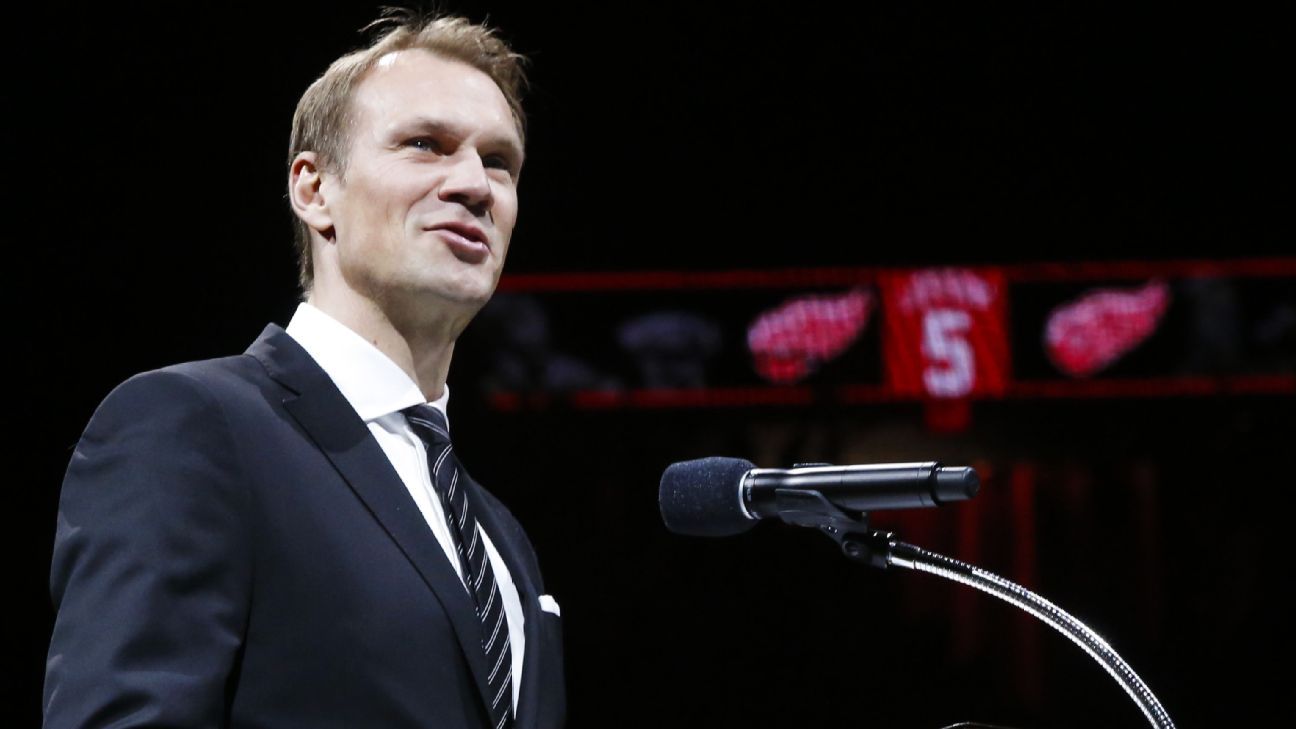 Nicklas Lidstrom has been hired as vice president of hockey operations for the Detroit Red Wings, as another franchise legend joins their front office.

Lidstrom, 51, will be involved in all aspects of hockey operations for the Red Wings in his new role.

Playing his entire 20-season career in Detroit, Lidstrom is considered one of the greatest defensemen in NHL history, having won the Norris Trophy seven times. He was also the Conn Smythe Trophy winner as playoff MVP in 2002, becoming the first European-born player to win the award.

Lidstrom and his family moved back to his native Sweden after his retirement in 2012.

The two franchise icons will work to bring the Red Wings back to contender status. Detroit last qualified for the NHL postseason in 2016. They’re 16-16-4 this season and have shown a glimpse of a brighter future with the play of 19-year-old rookie forward Lucas Raymond and 20-year-old rookie defenseman Moritz Seider.