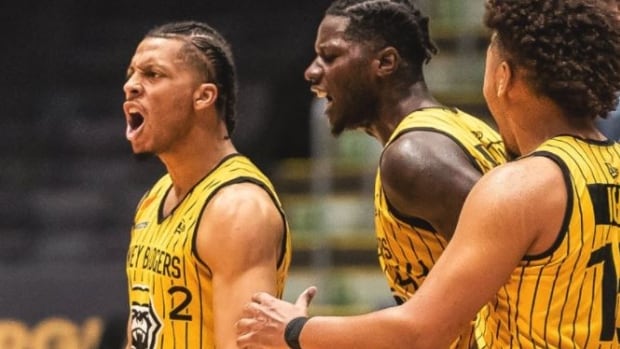 He also becomes the first Canadian to graduate from the CEBL to NBA.

But Wigginton, of Dartmouth, N.S., is slated to be with the reigning NBA champions for the remainder of the season.

“This is important history for our league, and we couldn’t be prouder. This is a true reflection of the opportunities a domestic league can make in this country,” said CEBL commissioner Mike Morreale.

Wigginton was named top Canadian for the 2021 CEBL season, and was also nominated for player of the year. The 23-year-old guard averaged 21.5 points, 4.9 rebounds and 4.4 assists per game for the Honey Badgers.

“Did I know it was going to be NBA special? No, but that’s because you’ve never seen it before, right? But on his path I never had a doubt that he would have the opportunity to be at this point,” Simmonds said.

“And I believe he’s going to eventually sign a multi-year [contract] in the near future, if not next year, because he works so hard and believes in himself and he doesn’t back down from anybody.”

He also recorded 17.2 points, 5.3 rebounds, 4.9 assists in nearly 31 minutes a game in 17 contests this season with the Wisconsin Herd, the Bucks’ G-League affiliate.

He could make his NBA debut as soon as Thursday night when the Bucks host the Golden State Warriors.

In addition to Wigginton and Moon, Javin DeLaurier (Bucks) and Xavier Sneed (Memphis Grizzlies) of the Niagara River Lions, as well as Guelph Nighthawks guard Cat Barber (Atlanta Hawks) landed in the NBA this season.

Moon is currently playing on his second 10-day contract with the Los Angeles Clippers.