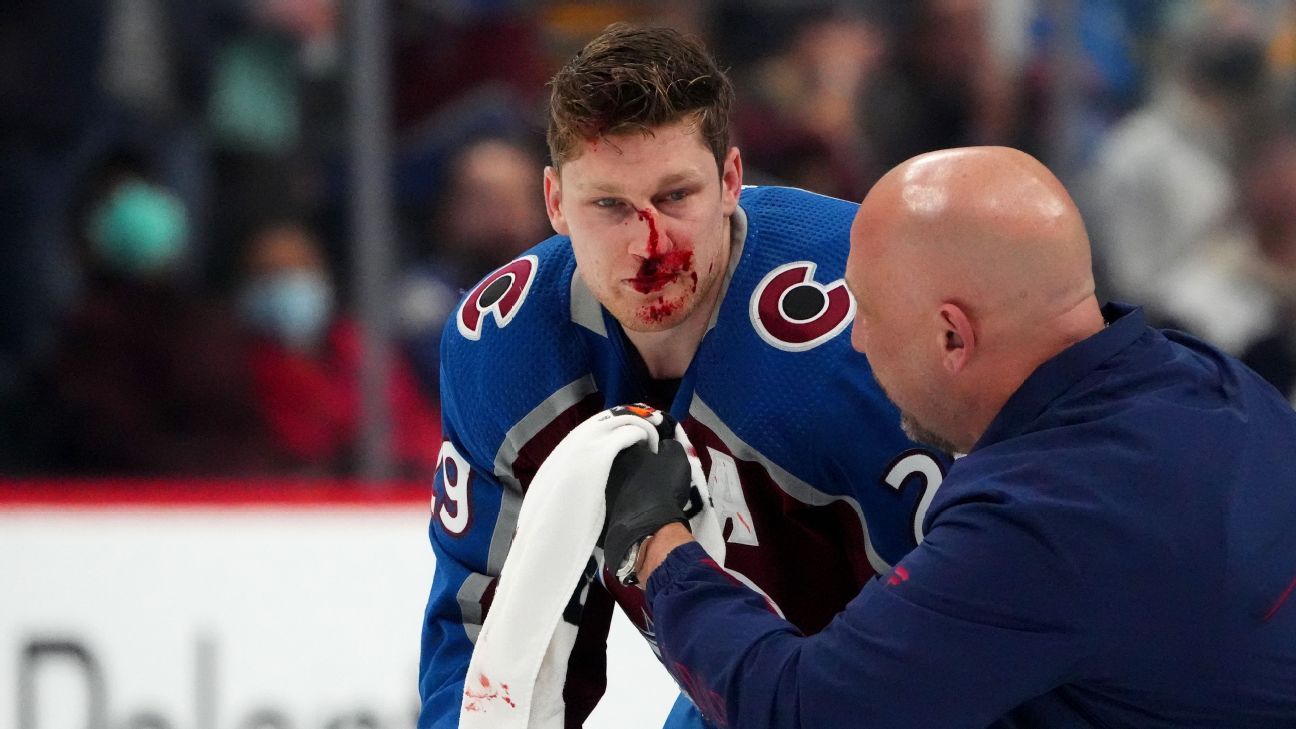 Colorado Avalanche star Nathan MacKinnon left the ice after being bloodied on a hit in the first period of Wednesday night’s game against the visiting Boston Bruins and did not return.

The Avs said MacKinnon suffered an upper-body injury after he absorbed a shoulder shot from the Bruins’ Taylor Hall.

The hit caused MacKinnon’s own stick to snap back into his face. Blood gushed from his nose to the ice as MacKinnon lay face down.

MacKinnon, a five-time All-Star, was able to skate off on his own but didn’t return. Avalanche coach Jared Bednar said MacKinnon was treated at the arena, and when he left to go home before the end of the game he was feeling better. He’ll be evaluated Thursday.

Hall was originally given a five-minute major that was reduced to two minutes after a video review.

“I believe they probably made the right call with the two (minutes),” Bednar said. “But it’s the type of hit, whether it’s really solid or just a glancing blow, it’s the kind of hit the league is trying to get rid of.”

The Avs rallied to a 4-3 win in overtime for their 17th straight home victory.

“Not fun seeing one of your best friends and obviously your top player on the ice bleeding like that,” Gabriel Landeskog said. “We didn’t want to give up. We wanted to keep going. We got the big two points, keeping this thing going at home.”